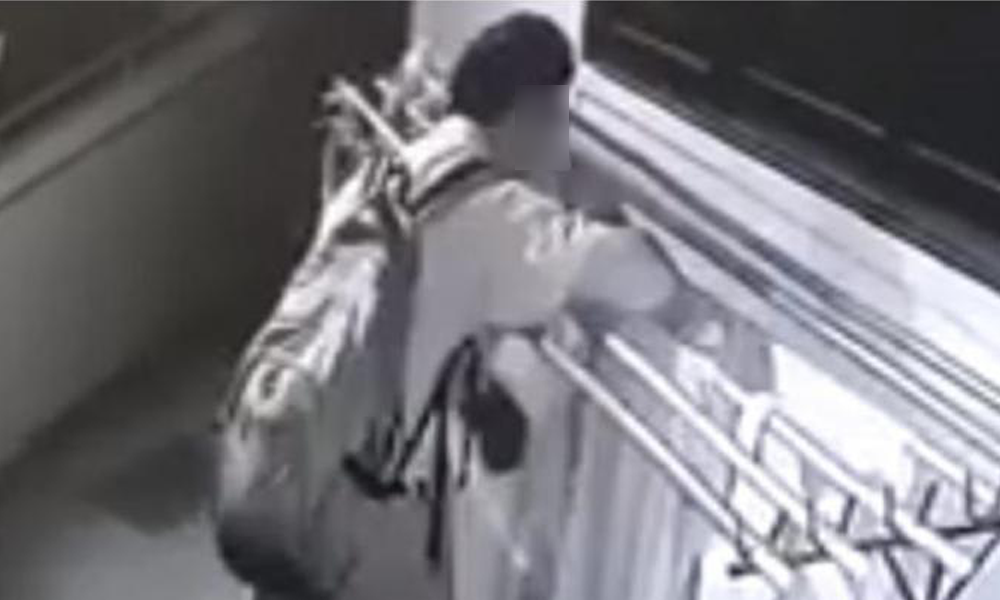 This 21-year-old university student and resident of Serangoon Avenue 4 is damn suay – first an old uncle preyed on her lingerie, then a well-dressed young man stole her shorts to sniff.

According to the student, her lingerie went missing every 1 to 2 months last year, prompting her to install a CCTV outside her home to catch the thief.

She said she didn’t report the matter to the police at the time because the theft wasn’t frequent so she just let it pass.

But days after installing the CCTV, she found her lingerie cut up and thrown at her doorstep.

That’s when she viewed CCTV footage and found, to her horror, a man in his 60s stealing her underwear from the clothes rack outside her HDB flat unit.

That whole “cut and throw” part infuriated her and she made a police report.

“One day I noticed that one of my underwear was cut and thrown at my doorstep. I got fed up and called the police.”

She recalled that the old pervert had at one time followed her and her mother while they were heading home.

Police arrested the old pervert and gave him a stern warning, and the lingerie thefts stopped.

On 3 Aug last year, the student found that a pair of shorts she had hung out to dry was missing.

She checked the CCTV footage and saw that a well-dressed young man (pictured above) had sniffed her shorts on the laundry rack, then stole them!

She has lost 3 pairs of shorts so far, and made a fresh police report.

“We cannot let this kind of people escape unpunished.”