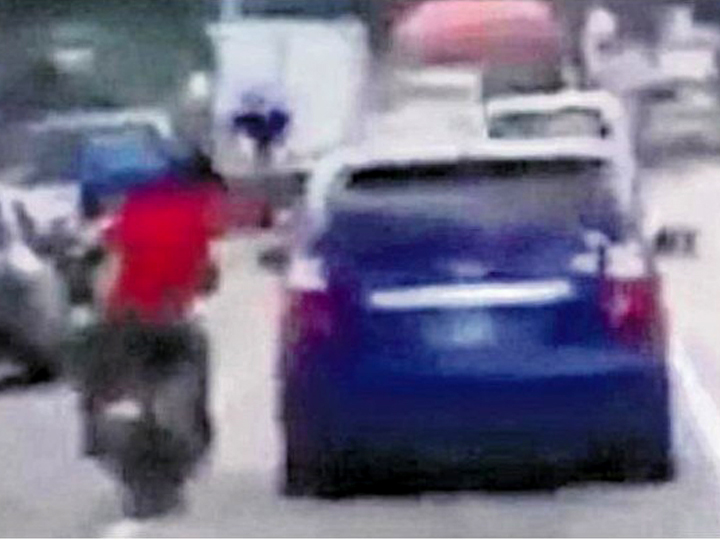 Suspected thieves on a motorcycle in Malaysia were sent flying after they allegedly tried to attack a Singapore-registered car.

The motorcycle was seen constantly riding close to the car.

At one point, the pillion rider used his helmet to hammer on the window of the car.

That’s when the car driver sprung into action.

He rammed the motorcycle with his car and sent it crashing to the ground. 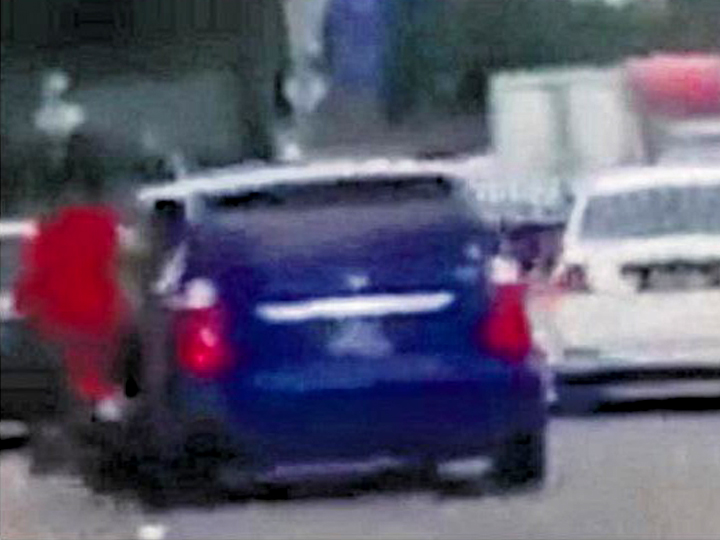 The driver then drove off as the two men on the motorcycle lay sprawled and dazed. 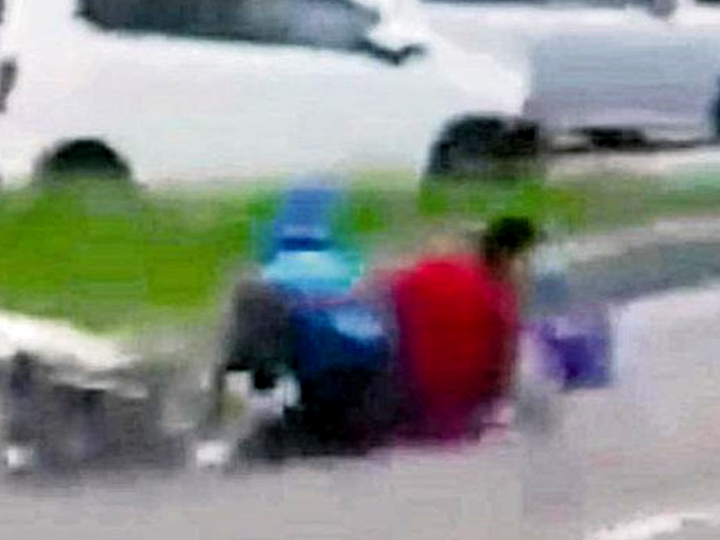 The incident is believed to be car theft in action, although some have speculated that an earlier altercation between the two vehicles could have led to the confrontation.

However, many say this incident resembles many other similar car theft incidents in Malaysia, where motorcyclists get car drivers to wind down their windows so they can snatch their valuables.