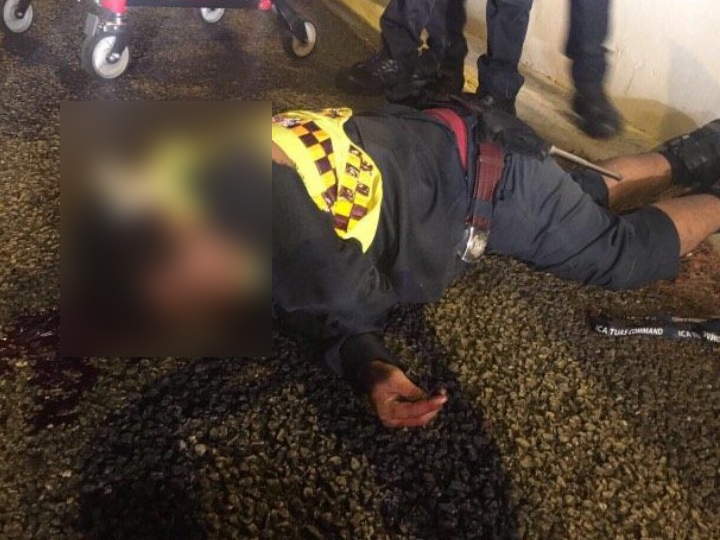 The Certis Cisco officer who was manning a traffic point at the Tuas checkpoint has died from his injuries.

33-year-old Lance Corpotal Norman Samri was run over by a Malaysian driver in while performing his duty on Friday (10 Feb).

The incident took place at around 2.30am.

LCP Norman and two other colleagues were diverting traffic away from the first lane of the 3-lane road towards Malaysia.

The rogue driver was spotted speeding and swerving between lanes and didn’t slow down when approaching the security officers.

While the others manage to jump out of the way, LCP Norman was hit by the car and thrown over a distance.

Despite being rushed to hospital, he died from his injuries.

The driver, a 28-year old Malaysian who is believed to have been driving drunk was arrested on the spot for causing death by rash act.