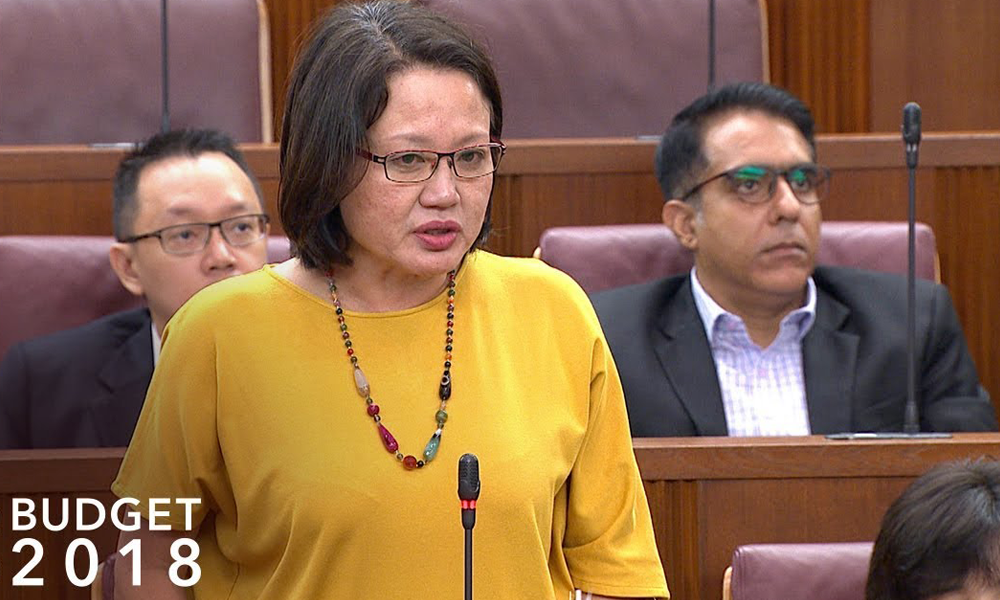 Workers’ Party MP Sylvia Lim refused to apologise and retract her statement in relation to allegations that the government had floated “test balloons” on the Goods and Services Tax (GST) hike in a heated exchange in parliament today with Leader of the House Grace Fu and Finance Minister Heng Swee Keat.

Lim has maintained that the government has been vague about when it would be raising GST, and that she was voicing the concerns of her constituents.

“If MPs believe that something is wrong, it’s MPs job to pursue the facts, and make these allegations in their own name, decide whether something seems to be wrong… then come to this House confront the government, ask for explanations and answers.”

However, PAP MPs Fu, Heng, Indranee Rajah and K Shanmugam set upon her over the past week, accusing her of being dishonest, to casting aspersions on the character of the government.

To this, Lim questioned today whether the government has double standards when it comes to clarifying allegations.

He had at the time that if MPs believe that something is wrong, it was their job to pursue the facts and make allegations in their own name and ask for answers.

“I’d like the Leader to clarify, is there a difference in standard here? One standard when the PM’s name needs to be cleared and another standard when we are talking about raising taxes on the people?”

Lim did not receive a direct answer to that question.

Lim added that she “did not accuse the Government of being untruthful”.

Explaining the reason for her suspicion that the government had floated “test balloons” on the GST hike, Lim said “the Government contributed to this suspicion by its non-denial of reports and economists’ predictions of an immediate GST rise.”

“Since 2013, the PM had said that our expected increases in spending would require more tax revenue. Finance Minister Heng had also made a similar statement in last year’s Budget, saying that the Government was studying how it would raise revenue through new taxes or raising tax rates. These statements were very general and did not specify any timeframe for the raising of taxes.

In November 2017, during the PAP Convention, PM Lee announced definitively that the Government would be raising taxes, as Government spending on investments and social services grew. He further stated that Finance Minister Heng was right when he said raising taxes was not a matter of whether, but when. PM’s statement was made on 19 November 2017, with the Budget Statement for 2018 just three months away.

Naturally, these announcements concerning tax increases set off public discussion and speculation. Three days later, on 22 November 2017, the Ministry of Finance issued a statement that PM Lee’s announcement at the PAP Convention was “in line” with a much earlier statement by DPM Tharman when he was Finance Minister in 2015. DPM Tharman had then said that the revenue measures that the Government had already undertaken would provide sufficiently for increased spending planned until the end of the decade. In reporting the MOF statement, Channel News Asia commented as follows:

‘The Ministry’s statement came after Mr Lee’s comments on the impending tax hike triggered public discussion that the Government is making a U-turn.’

MOF further stated that planning for the issue “now” would allow the Ministry to “better ease in the needed measures, and to give our people and businesses some time to adjust”.

The MOF statement did not definitively say that there would be no tax increase in this Budget.”