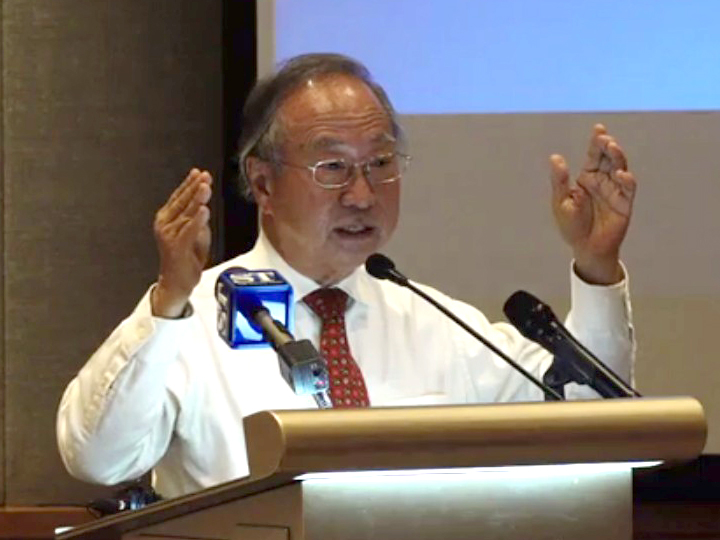 Former presidential candidate Dr Tan Cheng Bock, who’s currently been blocked from contesting in the coming Presidential Election 2017, intends to challenge the legitimacy of PE2017 being reserved for minority candidates only.

“The following has been going around in Watsapp …

Yesterday l filed in High Court my Affidavit to ask AGC why the count of 5 presidential terms starts from P.WKE and not P.OTC. My lawyers are Tan Rajah and Cheah .Chelva Raj will lead the team. I have a written submission of UK top constitutional lawywr Lord David Pannick. Once the court accepts my application l will say more in my fb.

This move shouldn’t come as a surprise to Dr Tan’s followers.

In a press conference last month, he indicated that he could file a lawsuit to challenge the “counting” of Singapore’s elected presidents.

In November last year, PM Lee Hsien Loong announced that PE 2017 will be reserved for Malay candidates only.

This follows a recommendation by the Constitutional Commission that a closed election be held for members of a minority race if 5 terms go by without any members of that race being elected as president.

The key word, as Dr Tan is challenging, is “elected” president.

Prime Minister Lee Hsien Loong said he had taken the advice of the Attorney-General’s Chambers, who defined the Elected Presidency to have started from Wee — the first man to have held EP powers — as opposed to Ong, the first man to be elected by popular vote as President of Singapore.

PM Lee said that on advice of the AGC the government should consider instead “5 consecutive terms of presidents who exercised elected powers”.

That move would include former president Dr Wee Kim Wee in the mix, bringing the number of “consecutive terms of presidents” to 5.

However Dr Tan says that Dr Wee was a nominated president and shouldn’t count, and so the current number should stand at 4 “consecutive terms of presidents”.

This would mean the reserved election should not be held at this time.

However, even if Dr Tan manages to cross hits hurdle in High Court, he still wouldn’t qualify to run for the presidency this year.

That’s because under new and stricter eligibility rules, he has not held a key executive position at any company that’s worth S$500m in shareholders’ equity.

Dr Tan has said that Singapore would be in a sorry state if such a rule is enforced.