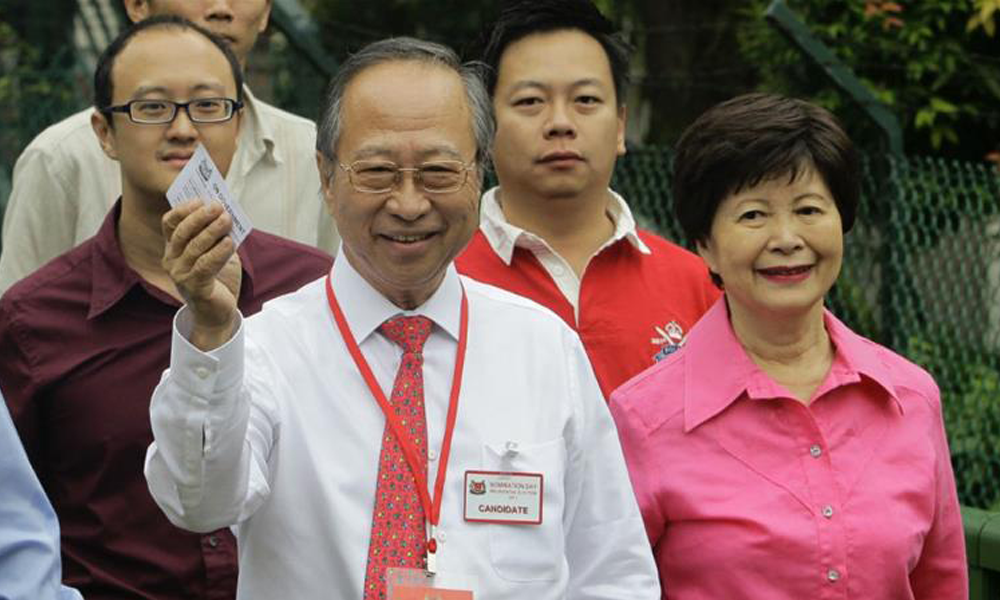 Ex-PAP MP Dr Tan Cheng Bock has formed a new political party, the Progress Singapore Party, together with kakis who were also formerly from the PAP.

The party is said to comprise “12 like-minded Singaporeans” including some “ex-PAP cadres”.

Dr Tan has yet to name the members of his team.

He said that he is waiting for the Registry of Societies to confirm the PSP, and will hold a press conference once that is done.

As for why he was entering politics once again even at the age of 78, Dr Tan said:

“I felt a sense of duty to come forward and represent them in Parliament. So I decided to form a political party to add another voice in Parliament… We want to build a compassionate and truly democratic Singapore where good values and people matter. Freedom of choice and free speech without fear must be defended.”

The announcement of the PSP would come as a blow to the opposition bloc.

Following discussions of closer collaboration between opposition parties, many had hoped for them to form a coalition and put their “best men forward” as a united opposition front with Dr Tan taking the helm.

With the PSP in the fray, concerns have been raised over how the opposition bloc will “split” constituencies among themselves come the next General Election, in the light of how discussions panned out during GE2015.

At the same time, there’s also buzz around the possibility that the prime minister’s brother, Lee Hsien Yang, might join the PSP after he was seen having makan with Dr Tan.