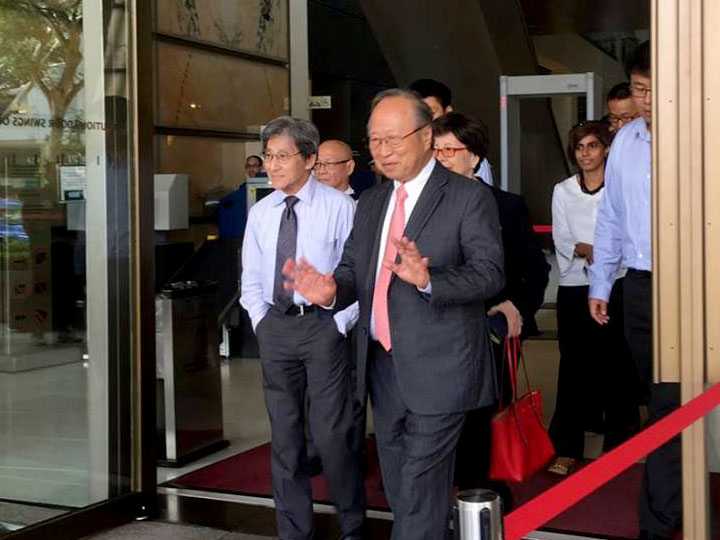 Dr Tan Cheng Bock said today that he was disappointed with Court of Appeal’s dismissal of his appeal against the legitimacy of the upcoming reserved election.

Dr Tan said that he accepted the verdict with a heavy heart and explained that he had mounted his legal challenge since the government of the day had challenged parliamentarians to take the matter to court.

“Some may say that my court application was a fool’s errand. But I do not see it that way. When MP Sylvia Lim asked the Government in Parliament why they chose to start the count of 5 presidential terms with President Wee Kim Wee (resulting in 2017 being a reserved election year), the Government challenged her to go to Court for an answer. That is wrong and I felt the need to respond. I firmly believe the Government should have answered in Parliament instead of challenging a Parliamentarian to go to Court.

So I filed a case to argue what most Singaporeans felt was proper, that the count should start with the 1st Elected President Ong Teng Cheong (which would result in 2023 being a reserved election year). The Court of Appeal, however, decided that as a matter of law, the Government has discretion to start the count with President Wee Kim Wee. They issued a 66 page long judgment detailing full legal reasons.”

Dr Tan said that he and his team will now “rest, regroup and re-energise” themselves.

He has extended his best wishes to the potential PE2017 candidates – businessmen Salleh Marican and Farid Khan, and former MP and Speaker of Parliament Halimah Yacob.