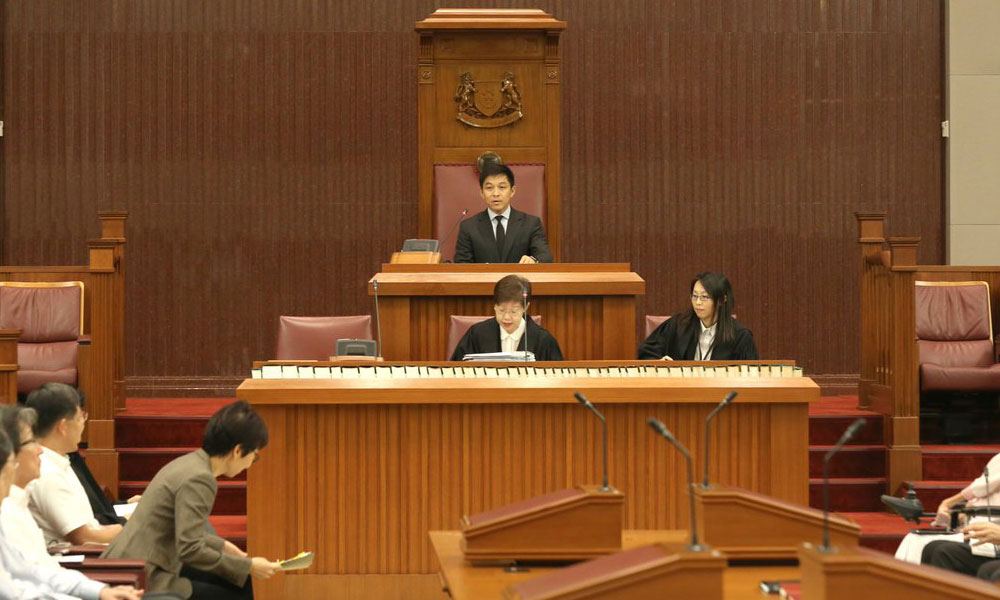 In an interview with ChannelNewsAsia, he added that despite the perception of unfairness, opposition MPs (NCMPs included) get proportionately more air-time during debates than their counterparts from the ruling party.

Regarding the live-streaming of parliament, which some factions of the public have been baying for in recent times, Tan said:

“I’m quite agnostic. I don’t have a particular issue with that.”

He said that data shows that viewership of “live” broadcasts remains low.

Nevertheless, Tan said he is willing to raising the prospect of “live” broadcasts again.

“I would have to discuss this with government, whether this is something that we would seriously want to consider and perhaps do another trial.”

Tan said he is keen on starting a public education process to explain the various parliamentary procedures and processes, on social media and even through YouTube videos:

“More important is actually understanding. I can watch, but I may not understand how that process is supposed to unfold or why this person speaks, why that.”

Tan said that some have asked him whether he should be more “impartial to opposition MPs.

“I’ve had people come up to me and say, now that you’re Speaker, you should be more impartial and let the opposition speak more. I ask them, ‘What exactly do you mean? Are you basing it on perception, or are you basing it on fact?’”

I know Mdm Halimah gave them time and I certainly do. I personally actively try to set aside opportunities for the opposition to speak up, especially in a PAP-dominated parliament. We do try to make sure that there is fair representation.”

As for whether MPs shouldn’t be holding day jobs that could possibly distract them from their commitment to voters, Tan said that there are pros to MPs having 2nd jobs:

“I think we have a responsibility to our residents, but at the same time, as a Member of Parliament you need to be plugged in to the rest of the world, not just as an MP on the ground. When you are working, whether in the social sector, whether in the private sector, it also allows you to have a better perspective of the different issues that actually concern us.”

When questioned regarding the non-attendance of MPs for parliamentary sittings, he said:

“That’s where the whip and the leader needs to make sure that the members are fully aware of their responsibilities and carry that out.

At times they are also clearing something that may be urgent. In the real world today, at work, many things are happening at the same time. We have developed abilities to also toggle – listen while clearing something.”

“In different degrees. At this point, I wouldn’t insist and say that the MPs should just give undivided attention and nobody should be clearing any correspondence or any messages that come through. I think right now there’s a reasonable balance.

But if it does become a chronic problem that’s something that I will have to speak to the respective leader and whip of the day about.”