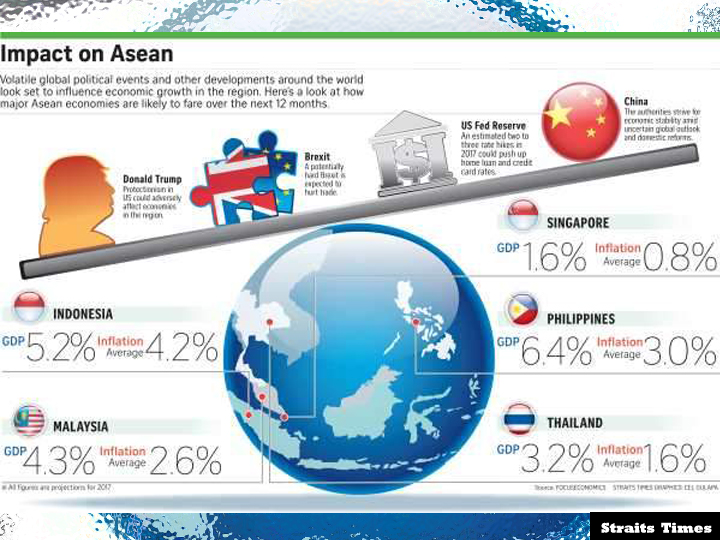 TAN JEE SAY: 5 economic ministers for so little GDP growth Singapore economy grew the slowest among Asian countries in 2016, prompting Reuters to call us “the new sick man of Asia”, a title that the Philippines held for many years in the past.

In 2017, the new sick man is not expected to recover and will continue to register the lowest growth rate in Asia again.

Yet we have so many ministers supposedly taking charge of the economy – a DPM for the economy, 2 finance ministers and 2 ministers for trade and industry, a total of 5 economic ministers producing so little economic growth of 1.6%.

If Singapore’s hope lies with higher productivity, the prime minister and his ministers are not setting a good example. It’s time for PM to trim his Cabinet and be productive.