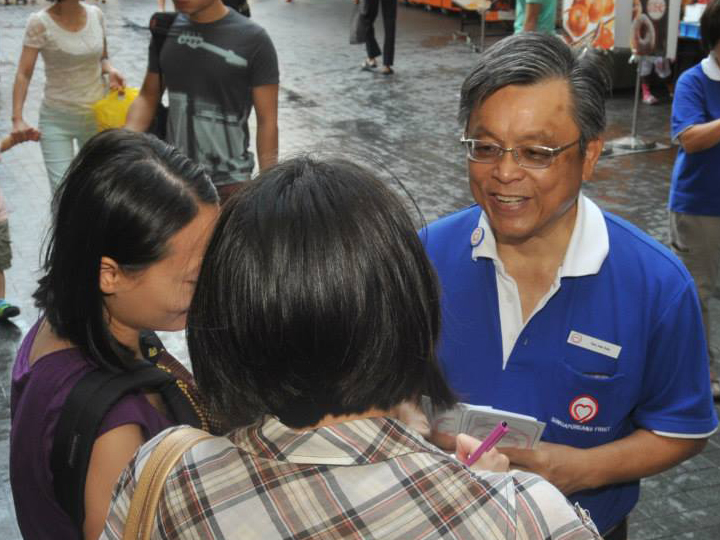 For starters, he accused the government of “pitting Singaporeans against their employers” with what he feels is are overly-liberal immigration policies, and regulations governing the recruitment of foreign workers.

Mr Tan added that the government policies which have led to wage stagnation despite steep rises in cost of living are “destroying families”.

“The government should not be allowed to bring in semi-skilled workers and undercut our PMETs.”

Mr Tan also accused the government of adding to the financial burden of Singaporeans by consistently squeezing more revenue from locals here.

Citing the example of petrol prices, he said that prices have risen despite commodity prices coming down because of the government’s increase in petrol tax.

Mr Tan has been critical of the government’s stance on foreign workers.

Previously, he said that foreigners despise Singaporeans because the government despises Singaporeans.

In a parting shot as the dialogue wrapped, Mr Tan brought up the issue of cronyism in Singapore.

He cited an Economist study that ranked Singapore 5th in the Crony-Capitalism Index, below Hong Kong, Malaysia, Russia and the Ukraine.

Britain and the US rank 16th and 17th on the index, respectively.

Published in 2014,  the indext aims to indicate whether the livelihood of the people from certain country or city with capitalist economy are easily affected by crony capitalism.

It is not an internationally recognized index.