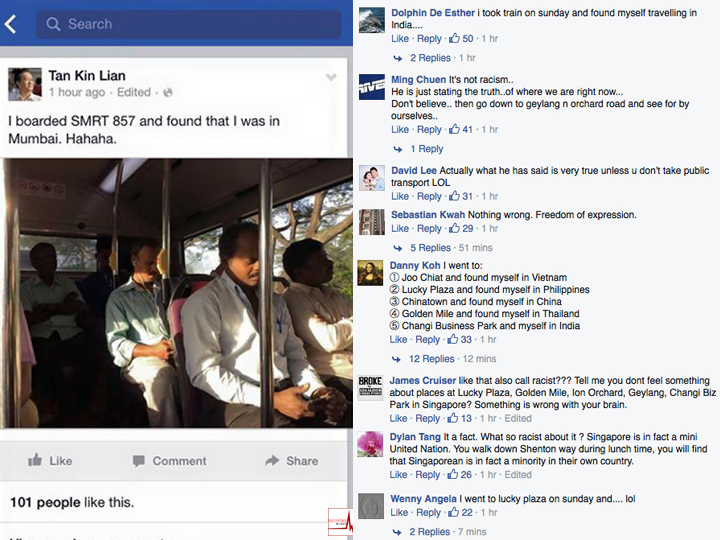 This screenshot has been circulating the Internet since last night. The photo’s caption was written by former presidential candidate Tan Kin Lian on his Facebook page, and was immediately shared by concerned Singaporeans angered by the inappropriate comment.

But comments from fellow Singaporeans left on his Facebook page showed similar racist strands, some becoming very provocative. Some have noted that in this day and age, where “ordinary” people who make racist comments get fired from their work, opinions like this still get aired without consequence.

But some Singaporeans have rallied behind Mr Tan, and are even coming up with little quips of their own in support. 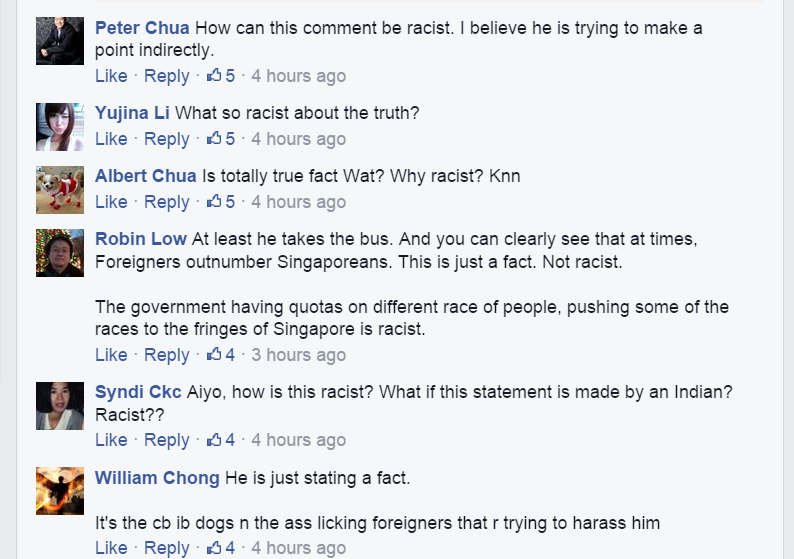 It’s not the first time that Tan Kin Lian has been in the spotlight for his Facebook posts. In July 2013, he was noted for placing his smartphone in the fridge in an attempt to measure its temperature, to the ire and amusement of many.

The example that Mr Tan has set is simple — be careful what you say on the Internet. While his Facebook page is appealing in its open and direct critique of local issues, there are just some things that a person looking to be in the political limelight shouldn’t say.