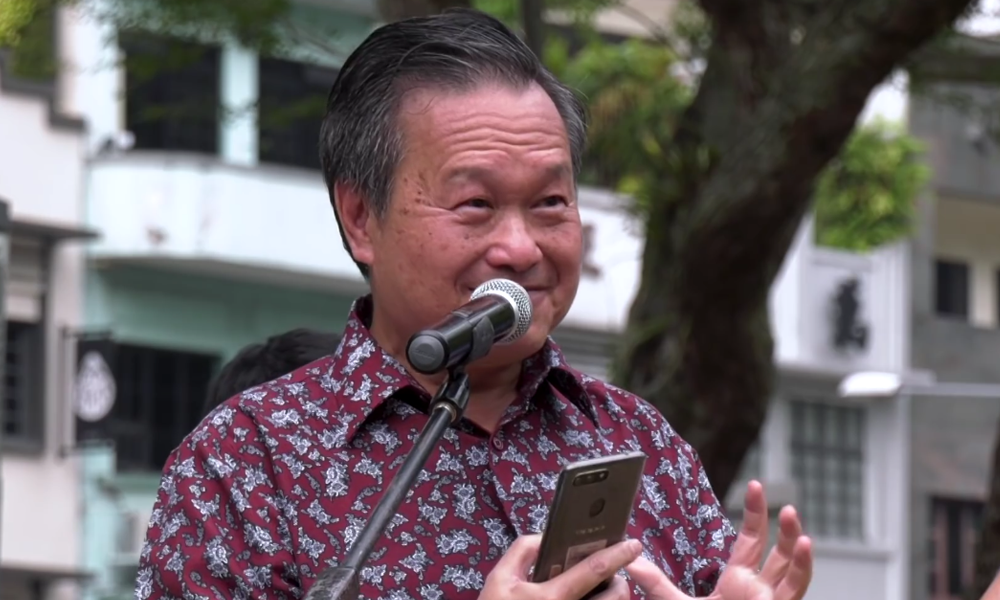 Former NTUC Income chief Tan Kin Lian says that the government must bear part of the responsibility for the collapse of Hyflux, as actions it took contributed to the company’s problems.

Speaking at the Hyflux protest yesterday, Tan urged the government to take responsibility for its actions and offer a fair deal to Hyflux’s retail investors – unsophisticated investors who bought perpetual securities in the firm believing that it was safe believing the firm had gotten the seal of approval from the government

“These investors thought that their securities were safe because they were approved by the relevant authorities – approved for sale to retail investors. Also, they thought that Hyflux operates water plants, and the water plants are strategic national assets. So these are the reasons why they felt confident to invest. Also, they were allowed to apply using the ATM. So all these made it look quite approved. Within 2 years of the issue of the perpetual securities, Hyflux had to apply to the court for protection against creditors and to reorganise the company.

The catalyst for Hyflux’s downfall, according to Tan, was the opening up of the energy market despite the existing demand outstripping supply.

He said that when Hyflux was awarded the tender for the Tuaspring integrated water and power plant in 2011, PUB require the firm to sell water at a fixed price that must remain unchanged for 25 years.

It also required Hyflux to buy a “specific amount of LNG gas every month” or face a “big penalty” if it did not.

Tan said that at the time, Hyflux agreed to terms because it was profitable for the firm to supply electricity to the power grid.

“With the additional 3000, capacity is two times of demand so wholesale price of electicity dropped. Price of electricity dropped from S$215 per megawatt/hr in 2011 to S$63.” 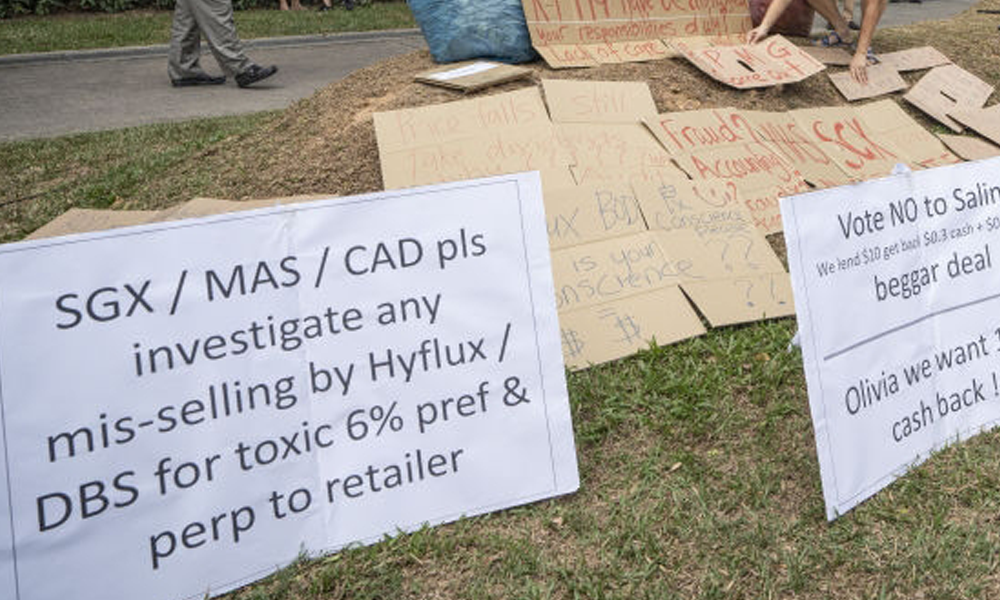 Tan questioned why the government allowed for increased capacity and approved vesting contracts to more companies to produce electricity because that would leave existing companies “stuck”.

“The new generating companies, when they apply for the license, they can decide whether its commercially viable or not. But existing companies have already built the plant and are already producing power. They can’t make any more commercial decisions – they are already stuck.”

He said that Hyflux was one of the firms that was “stuck” due to the government’s actions.

“The problem faced by Hyflux is to a large extent caused by the actions of the EMA. And the EMA is the government. Because they increased the capacity by so much, the price dropped by so much. There’s nothing Hyflux can do. There’s nothing the existing operators can do. Because they’re already stuck. In the case of Hyflux, they already bought their LNG gas for a high price. They can’t stop the contract because the contract says ‘you don’t take, you pay’. So Hyflux was a victim of this overcapacity.”

Tan said that investors should not expect to get all of their money back as the blame cannot lie solely on the government, and Hyflux must accept responsibility for bad business decisions.

However, he urged the government to take back the Tuaspring plant at a fair price.

“Take back the debt, and pay a fair price. Not zero.”

Tan ended his speech calling on the government to take responsibility for its actions and to be fair to investors.