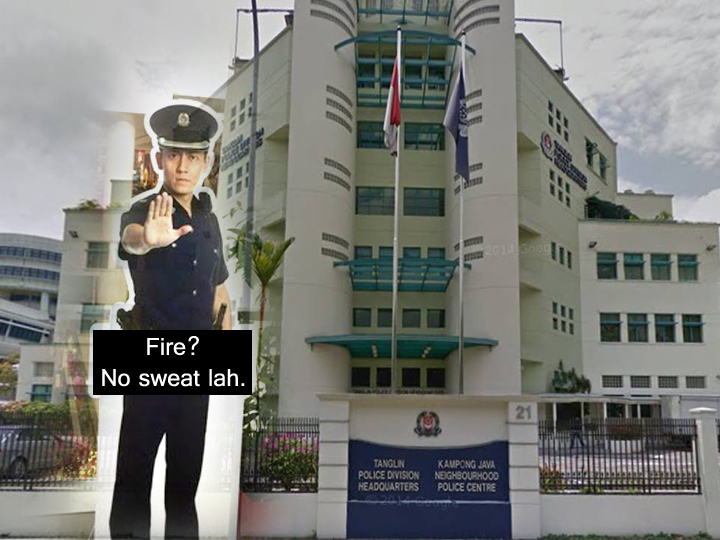 Our dear friend Cardboard Mata is believed to have escaped unharmed, but the same can’t be said for a switch box in the generator room of Tanglin Police Divisional Headquarters, which is co-located with Kampong Java Neighbourhood Police Centre.

It caught fire on Saturday evening.

The fire was contained within the room and put out by the Singapore Civil Defence Force using one water jet within 15 minutes.

No injuries were reported.

“Preliminary investigations showed that the fire was accidental in nature. Investigations into the cause of the fire are ongoing,” the police said in a statement.

The incident, however, disrupted the power supply to the headquarters and the NPC.

Kampong Java NPC will be closed until further notice, but police says calls to the NPC and the co-located Tanglin Police Divisional Headquarters will still be answered.