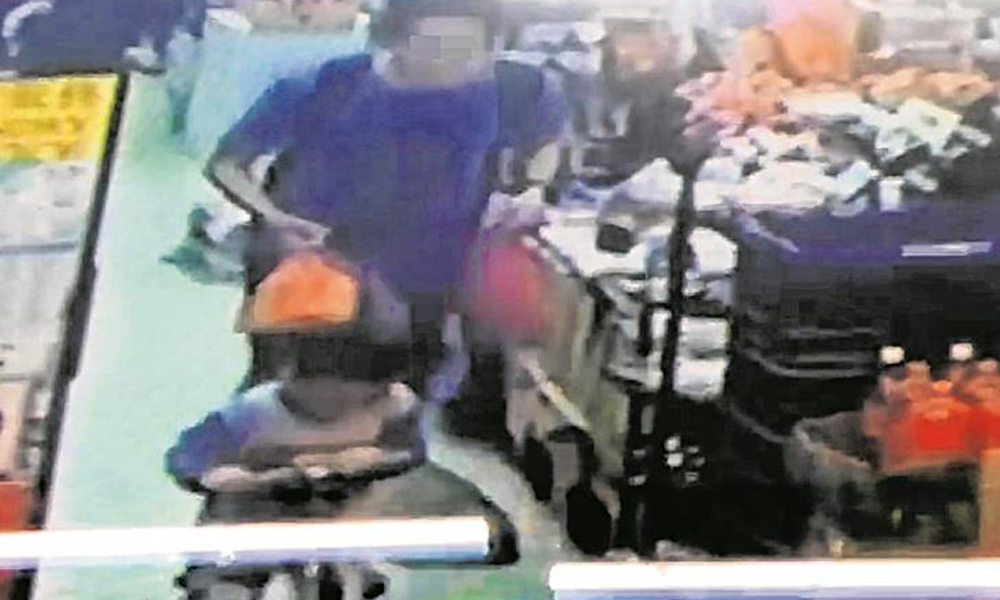 A tattooed man has been accused of slapping and kicking a 5-year-old boy who was riding a skate scooter.

The incident took place on Saturday (6 Jan) at about 9am in Sengkang estate.

The boy’s father, 45-year-old interior designer Mr Wu, said that his son had gone to the minimart at Block 182A Rivervale Crescent accompanied by his maid.

Minutes later, both the two of them had come home crying.

The maid told Mr Wu that a tattooed man had kicked and slapped the boy.

Mr Wu said he rushed to the minimart with his wife to confront the man but he had left the area.

He then made a police report.

CCTV footage from the minimart (pictured above) shows the boy riding his skate scooter when the tattooed man gives him a kick in the back, presumably because he was in the way.

The boy appears to utter something in the direction of the man after being kicked.

The man then returns and gives the boy a slap.

“My hubby and I didn’t manage to get hold of the culprit after we rushed down with the maid to the vicinity, witnesses around the mini-mart and coffee shop at the same block pointed out that he had escaped to the same building. From words of mouths, he was a regular at the coffee house and had the look of a druggie, always stone-looking.

Police was called and they arrived 25min later, nothing was done as they claimed they will file case and wait for further instruction, however they did leave a number so that if we manage to come across the attacker, Police will come and arrest him. “

Mdm Chan has expressed her frustration that police haven’t arrested the man despite her giving them his address and CCTV footage of the incident.