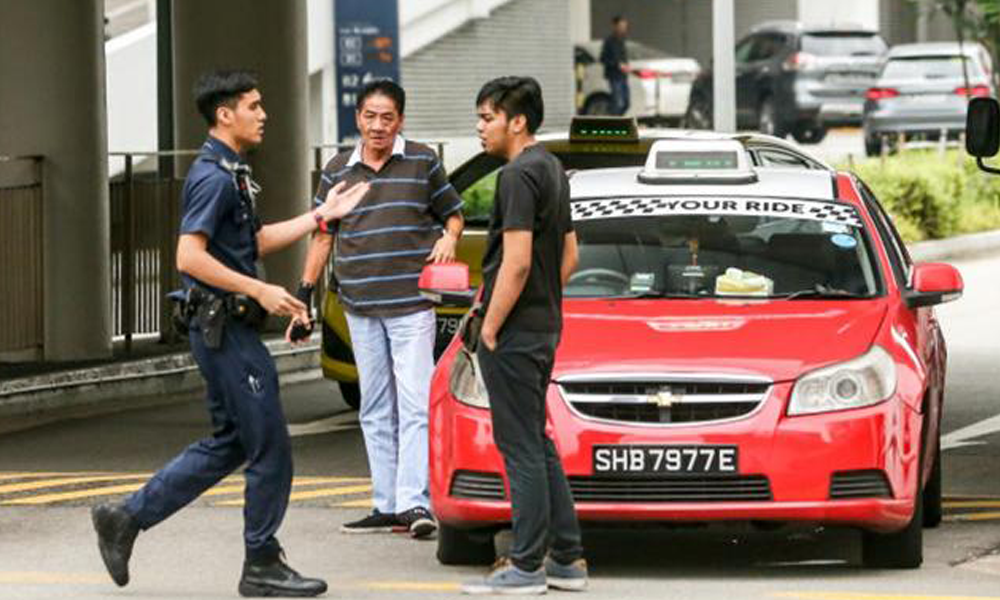 A middle finger misunderstanding at HarbourFront Centre on Saturday (6 Jan) led to a furious quarrel that saw one man sent to hospital.

The incident took place near the taxi stand at about 1pm.

63-year-old taxi driver Mr Goh said that he had stopped his car on the left side of the road, then waved his hand to signal to the cars behind him to continue driving ahead of him.

He said that one car drove past his taxi with no issue, but the driver of the 2nd car stopped his car then came out and stood in front of his taxi.

Mr Goh said the man was bumping his knee against the taxi and asking him to come out.

When he came out of his taxi to talk to the driver, he realised that that the driver had interpreted his “give way” hand signal as giving him the middle finger.

Mr Goh said he tried to explain to the driver, but the driver yelled at him and continued to accuse him of flashing the middle finger.

One lane of the road was blocked as a result of the argument, causing a traffic bottleneck.

When the centre’s security guard approached to find out what was going on, the driver told the security guard that the taxi had hit him and that he wanted to make a police report.

Police and an ambulance arrived shortly later and the driver was sent to hospital.