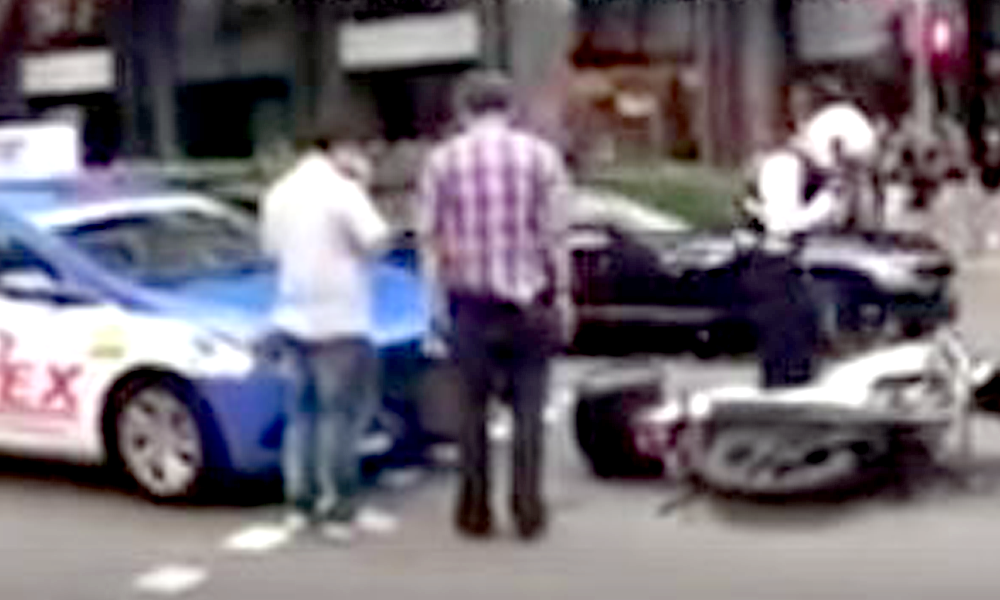 A taxi hit a Land Transport Authority motorcycle along Orchard Road yesterday (14 Mar), resulting in 2 persons being sent to hospital for treatment.

The incident took place in front of The Heeren at about 5.45pm.

The LTA officer was seen picking up pieces of debris on the road, presumably from his motorcycle.

The ComfortDelGro taxi involved in the crash spotted a damaged front bumper.

Another car appears to have hit the taxi from behind.

The taxi driver, a 60-year-old uncle, and his 32-year-old female passenger were sent to Tan Tock Seng Hospital.