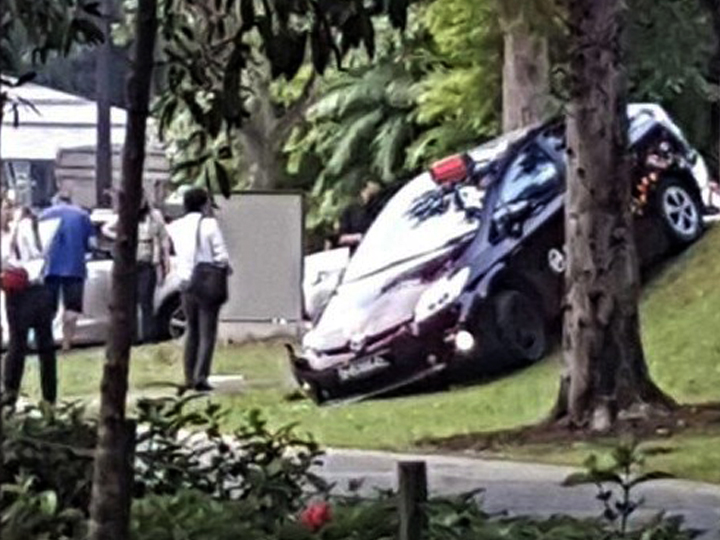 Taxis don’t usually go down hills, but this one was an exception!

Apparently, it got into an accident with another vehicle yesterday evening at Buyong Road in the Orchard area.

The vehicle hit the cab, and the impact pushed it over the side of the road and down the slope.

Reports say the other vehicle was trying to cut into the path of another car when it hit this suay taxi driver’s cab.

At the time, there was a passenger in the cab, but luckily both the passenger and taxi uncle made it out with some minor scratches.

Police were called down to scene and have begun investigations.