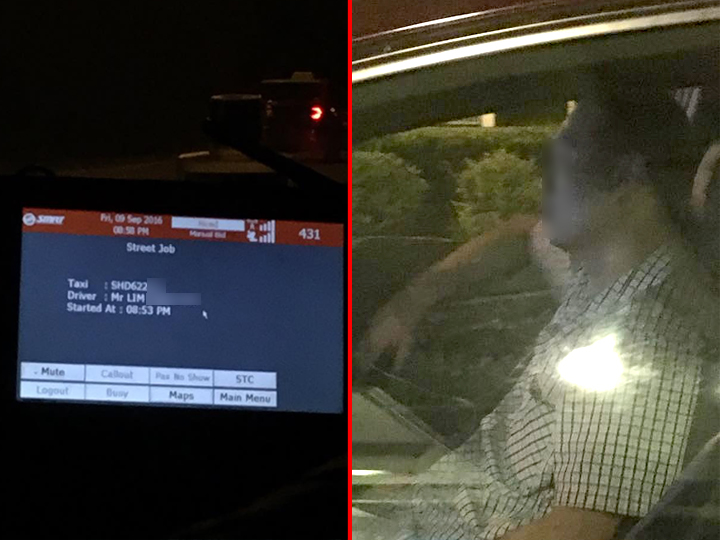 This is happened on Friday (9 Sept) at 2053 from Changi Airport to Compassvale Link Buangkok.

He not willing to help to put our luggage into car boot. I was thinking maybe he got a bad day. I just keep quiet and take it easy.

After I told him my address, he start driving. About 1km away from airport, he tailgate to the car and jam a car brakes plus Long Long ANGRY hornnnn…when I take a look, a lot of cars in the fast lane..only gods know what’s in his mind…after a while, he started to turn Left and speed up to “steer” at the driver and turn right again to fast lane to continue his tailgating. I keep quiet again but start recording in case any unexpected situation.

When drove along to the address provided to him, I asked him which direction we heading as it seems not on-track to the GPS. Then he replied very rude and blame that I gave him the wrong address (while the address clearly stated on his GPS…not sure why he went to Buangkok instead of Compassvale link Buangkok…)

He argued and drive even faster and crazier. I asked him to drive carefully while there’s a little kid in the car. He don’t even border to slow down.

I felt that my family’s life are under threaten. Hence, I told him to drop me nearby and take a walk instead. Of course, he didn’t help for the luggages since he don’t even bother to put it in his car boot in the first place.

I think SMRT & LTA should take a serious review and quality check to their Drivers coz this is not about unpleasant experience, it’s about human life.

Anyway, I’m Glad that all of us are safe and sound at home.