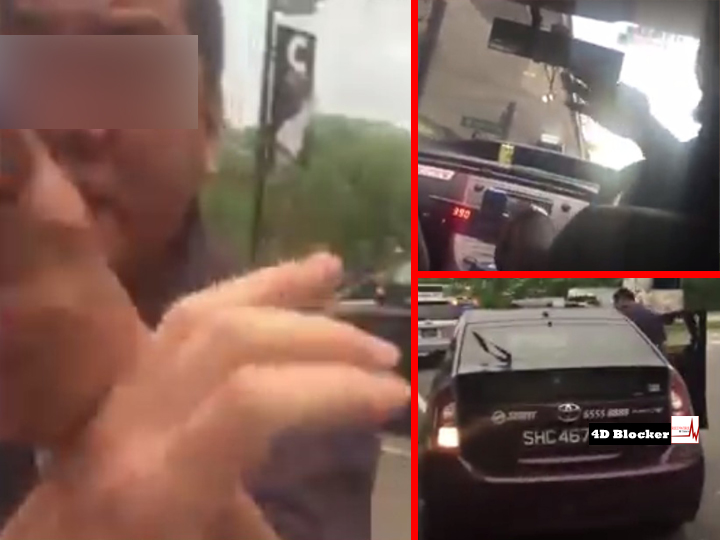 After a fun day out at the zoo, this ang moh dad didn’t have the most fun of taxi rides.

In fact, he didn’t even have much of a taxi ride – the angry cabby chased him out of the cab, reportedly because his child was wearing shoes and standing on the seat.

The taxi uncle reportedly told the ang moh to stop his child from doing so, but the child persisted.

Thereafter, an argument followed and he stopped at a Caltex petrol station nearby and asked the ang moh to get out of the cab.

You can see from the taxi meter (S$3.90) that it’s still fairly early into the ride.

That’s when the ang moh did the manly thing and stood up for his rights in diplomatic fashion.

No lah, actually he just whipped out his handphone and started recording the angry cabby in action.

We aren’t publishing the video here because of profane language.

But right from the start, you can hear the angry taxi uncle screaming something along the lines of… something you would say to Dr Chee Soon Juan when you’re bidding him goodbye.

The taxi taxi driver then aggressively approaches the ang moh and angrily asks perhaps the dumbest question ever:

“Do you know that you are taking picture?”

To which the ang moh replied “No, I’m taking a video”.

The rest of the video shows the taxi uncle chasing the ang moh out of the taxi.

It’s unclear if there was any war of words prior to the taking of the video, but we do know what question not to ask when a handphone is pointed in our faces.