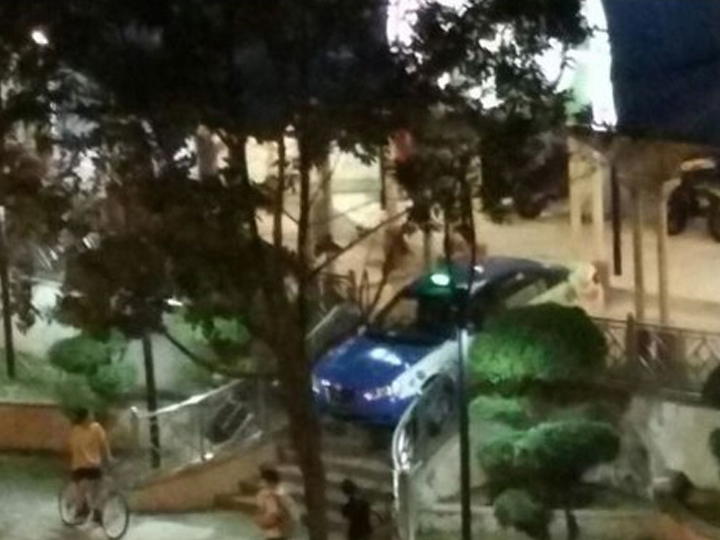 Lost in Khatib Spring last night after dropping off a passenger, this taxi driver was couldn’t find his way out.

So he figured out that the stairway was the best way to go.

No lah, he got confused because there was no barrier between the carpark and the stairway.

Already lost, he thought it was a straight path towards the exit, only to get a rude shock when his car started heading downwards!

By that time, there was no way to reverse the taxi as it was got stuck in between the stairway pillars. 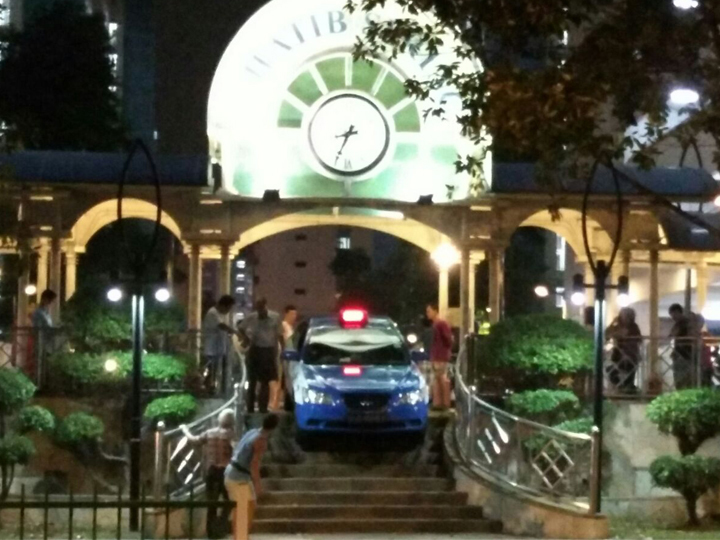 The Comfort taxi driver is believed to be a man in his 60s.

Eyewitness Rudy Koh says residents told him this is the second time such an incident has happened. 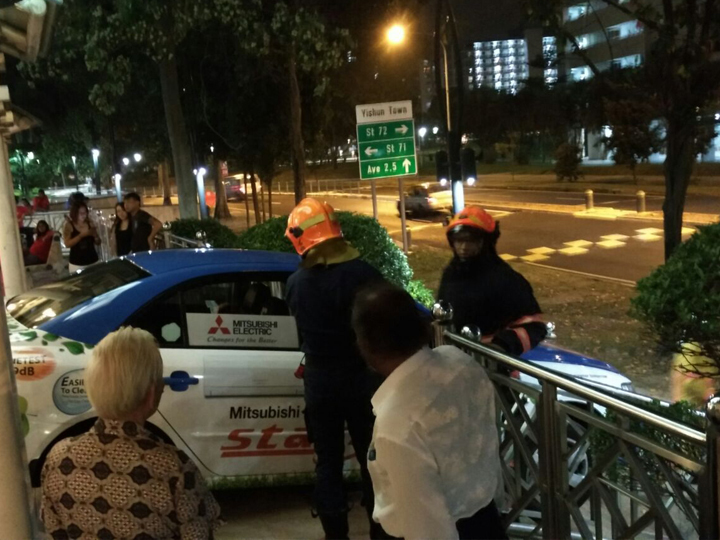