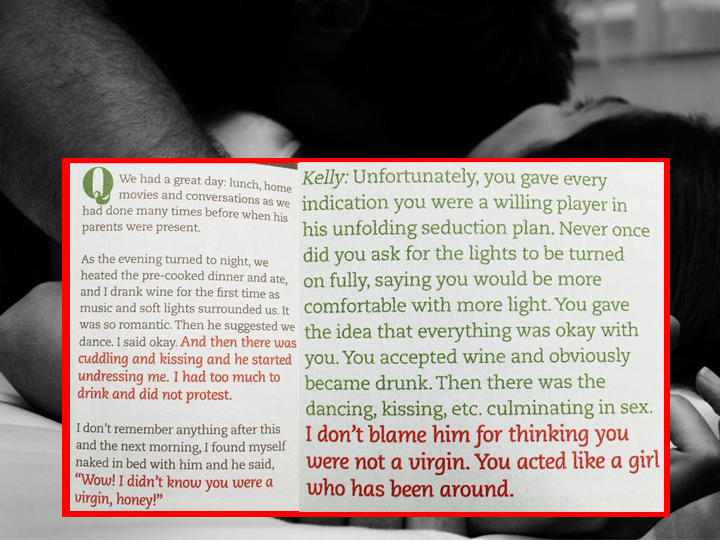 Teenage magazine has come under immense online fire for its advice to a woman who spoke about a sexual misadventure.

The woman said that she had gone on a date, and one thing led to another, and the next thing she knew she had had sex with a man she dated.

You can read this here. 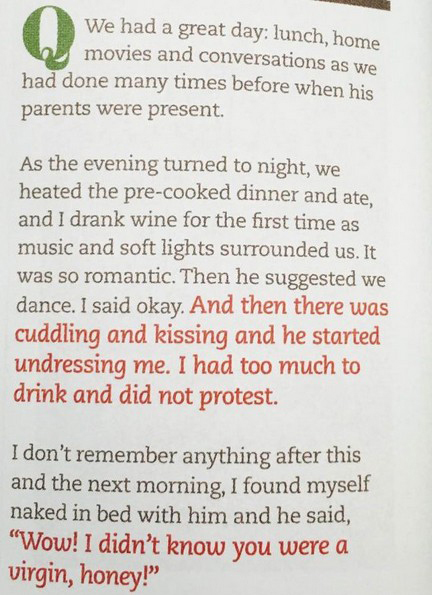 But what’s irked many is the tone which Teenage, in its Dear Kelly column, has responded to the girl.

Some have called it sensible – you don’t get drunk on a date, continue an intimate encounter with a man, and expect him to read the signs that you don’t want to have sex.

Not to mention, men are all beasts by nature (this we can attest to).

Others say that’s total rubbish – it’s rape unless you’ve given consent. No ifs or buts.

We’re going to sit on the fence here and say we’ve never been able to have sex when drunk due to alcohol and gravity, and we’ve never gotten drunk on Tiger beer.

But more importantly, what do you think?