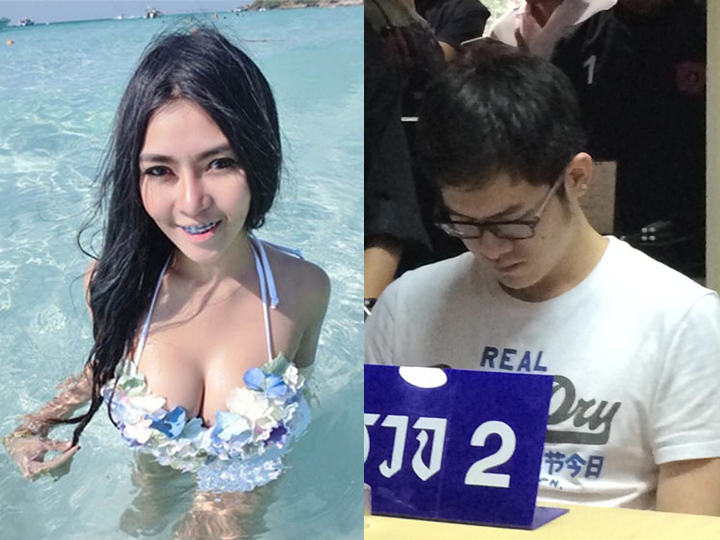 She’s came in third at this year’s Miss Maxim 2015 contest in Thailand.

He was her agent.

And together, Gaysorn “Looksorn” Limmahasamut and her Singaporean loverboy Jonathan Low You Ting have been arrested and charged for drug possession and sales, after police found 5.3gm of methamphetamine in their condominium in Thailand.

The couple were caught in a drug raid, along with 16 other Thais and foreigners. 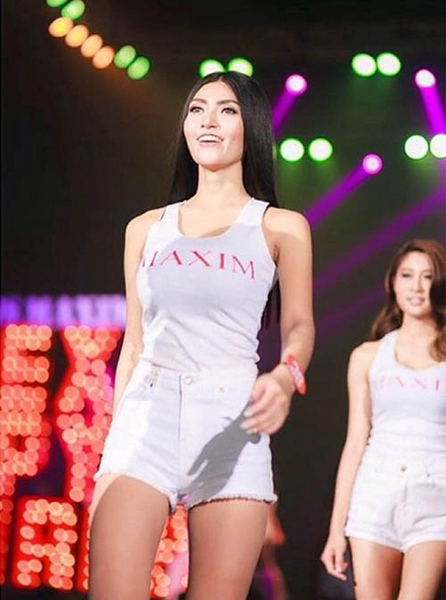 Looksorn has admitted she was using drugs for 2 months due to personal problems.

She has also apologized for being a bad role model, but that hasn’t saved her from the sack by Maxim.

Thai newspapers report that while Low was her agent, he’s better known for his drug dealing activities.