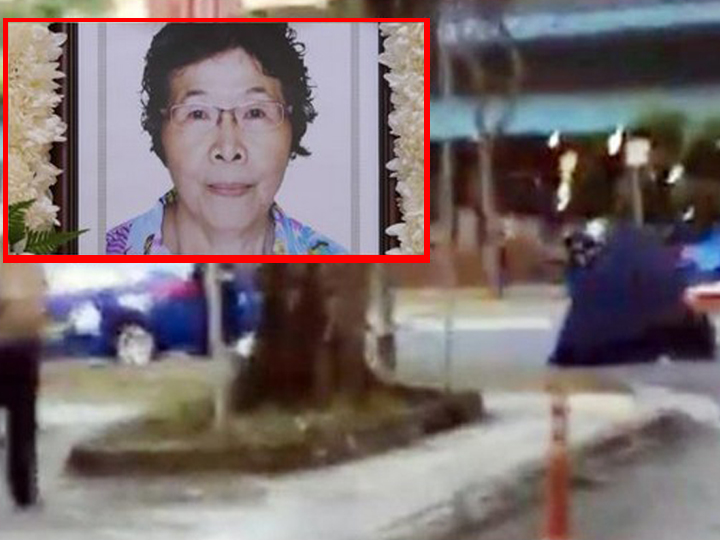 If not for a water bottle and a set of keys, the husband of the 67-year-old aunty who was killed by a taxi on Wed (27 Sept) wouldn’t have been able to identify her.

Mdm Xu usually goes to the Ayer Rajah market at around 7am.

When she didn’t return home by 9am, her husband got worried and went to look for her.

What he didn’t know was that a Comfort Taxi had run her over and her injuries were so serious that she was pronounced dead on scene by paramedics.

Mdm Xu’s husband walked past the accident scene twice, not knowing that his wife of 40 years was the victim in the blue police tent.

He asked a policeman at the scene for help when he couldn’t find her.

Hearing her name, the policeman asked Mdm Xu’s husband to check if the victim was his wife.

When he saw the body, he initially said “That’s not my wife”.

But relief soon turned to despair when he saw the water bottle and keys next to the body.

Police have since arrested the 59-year-old taxi driver for causing death by a negligent act and investigations are ongoing.