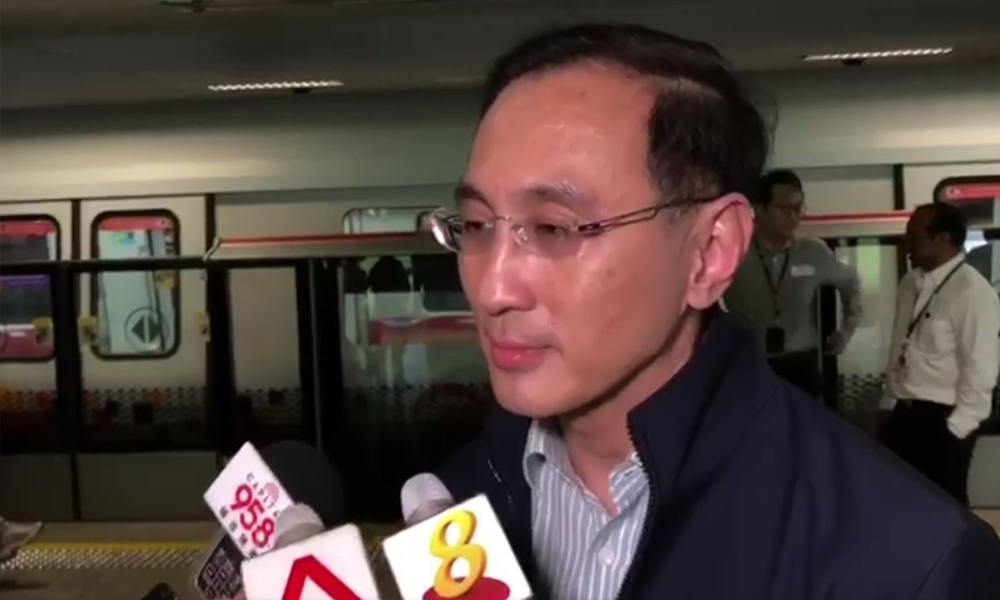 Under-fire SMRT CEO Desmond Kuek has rejected rumours that he will be resigning despite mounting public anger.

In an interview with the media this afternoon, he called such a move “Purely speculative”.

This comes after the Straits Times repoted last week that Kuek could step down following the resignation ogg SMRT’s VP of corporate communications, Patrick Nathan.

“The public’s call for change at SMRT has become louder since the latest spate of incidents, which included a tunnel flooding that was traced to wilful negligence of maintenance.

Observers are expecting chief executive Desmond Kuek to step down as well.

PeopleWorldwide Consulting’s managing director David Leong said: ‘The shift of leadership from the CEO to the chairman is obvious.’”

ST also played up the role of new SMRT chairman Seah Moon Ming, stating that he will become an “active chairman” with a more hands-on role, citing how he made an industry-first move by appointing 43-year-old corporate communications veteran Elaine Koh as chief commuter engagement officer.

Both incidents involved trains from SMRT.

Before the incidents, commuters who took part in a PTC survey gave a score of 7.89, when asked if they believed that public transport operators were doing their best to provide them with good services.

After the incidents, respondents gave a lower rating of 6.69, on a scale of 1 to 10, with 1 indicating they strongly disagreed, and 10 that they strongly agreed.

A survey of about 200 Bukit Panjang LRT commuters found that about 51.3 per cent of them were not satisfied with the management of disruptions, especially on the speed and clarity of the information transmitted.

BPLRT is also run by SMRT.