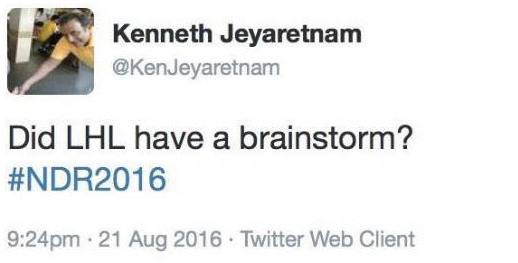 ELSON: The media has been making a pretty big meal out of how insensitive/cruel/heartless/(insert own swear word here) Kenneth Jeyaretnam is after his tweets last night when his “arch-nemesis” Lee Hsien Loong collapsed midway through his National Day Rally speech.

What you see above, that’s the line that’s been bandied around to stick the knife in deeper into Kenneth J, even though he says he genuinely didn’t know what was going on with the prime minister.

Here’s what you didn’t see BEFORE that “brainstorm” tweet. 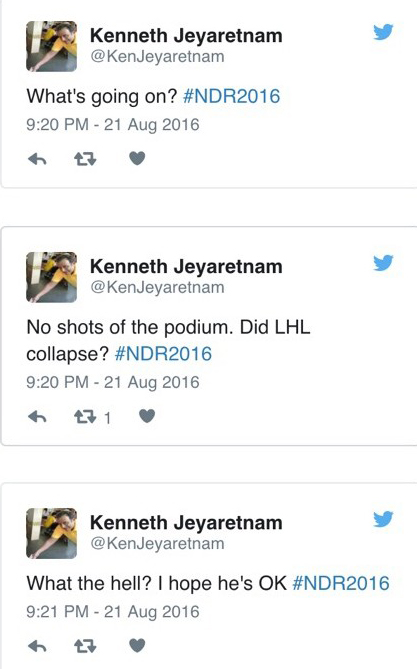 Still, it seems that no one bothered to look into the context of Kenneth J’s words.

Mainstream and online media have both stuck it to the “You get the government you voted for” man.

It seems they just leaped at the first opportunity they got, like a jaywalker who looked right but forgot to look left when crossing the road.

Take Mothership.sg for example, with its “Reform Party’s Kenneth Jeyaretnam had a ‘brainstorm’, tweets inappropriate tweet” 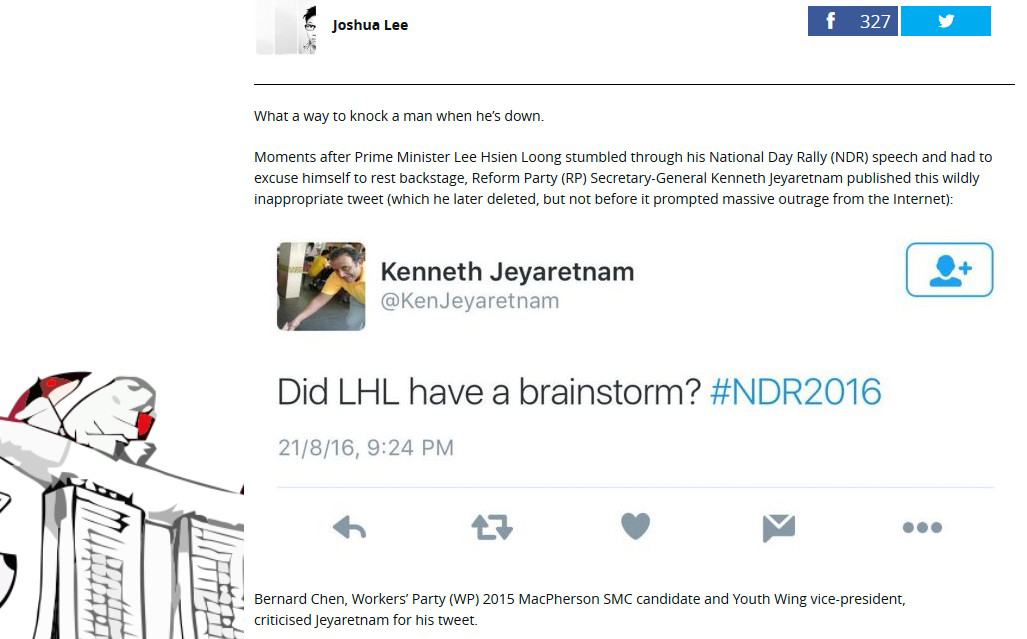 Or how about Five Stars and a Moon, with the catchy-sounding “Top 4+ Nasty Remarks Towards PM Lee Hsien Loong During National Day Rally 2016” 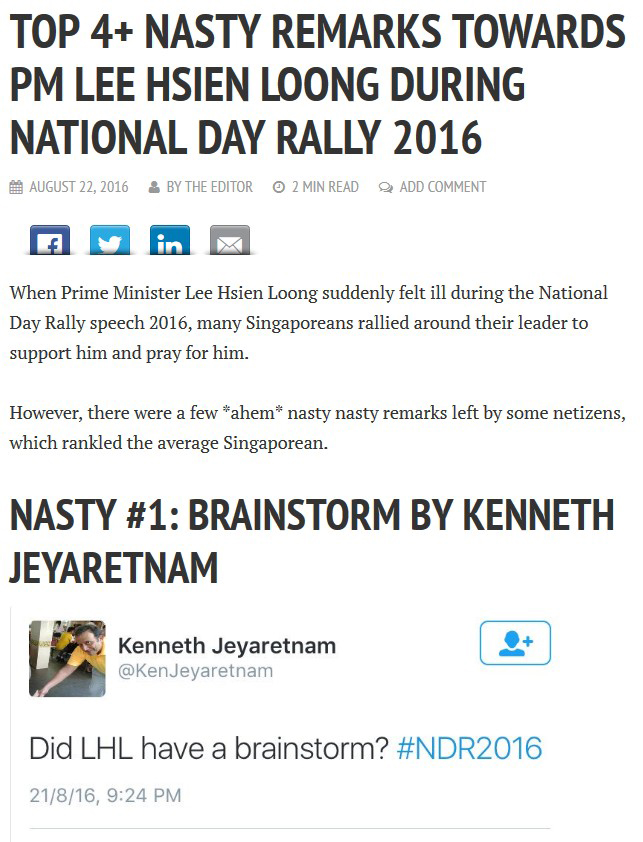 And of course, everyone’s favourite FAP never shied away from adding a couple more strokes. 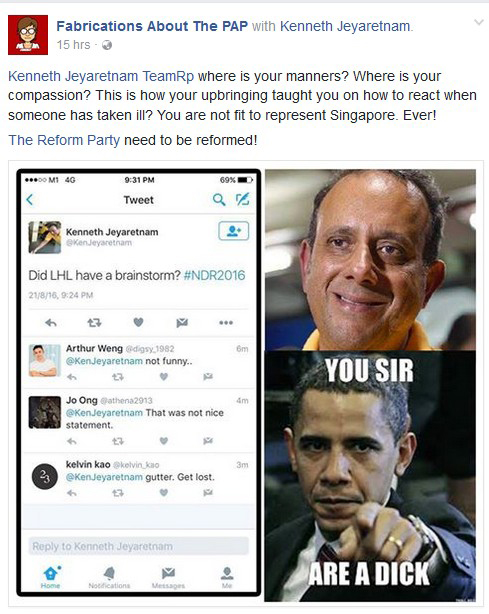 Of course, if you’re talking about insensitive, you can see that all over Facebook too.

This is an example of insensitive, taken in its full context, with nothing added or deleted.

So, why the selective reporting and the tightening of the screw on Kenneth J?

That’s another question we should be asking besides whether or not he should be crucified or boiled alive.