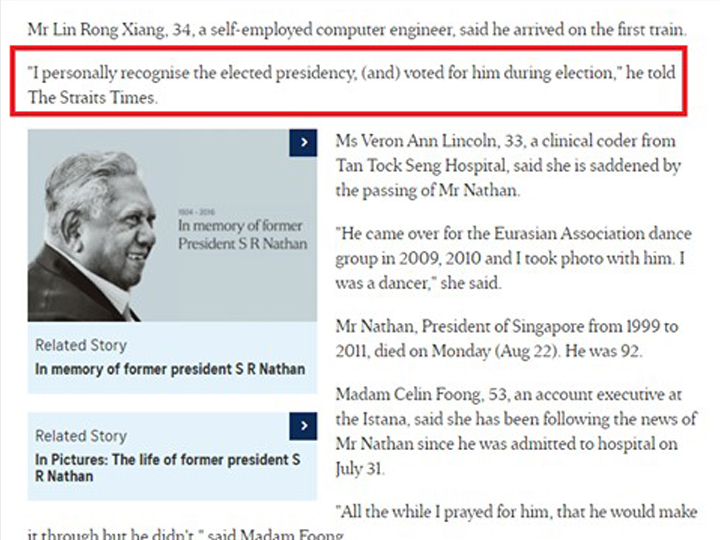 In its bid to play up the legitimacy of late former president S R Nathan’s presidency, it appears that some fact-checking wasn’t by Straits Times editors prior to releasing this story.

An interviewee known as Lin Rong Xiang said (probably with much exuberance and gusto) that he voted for Mr Nathan when he was elected president.

There’s only 2 problems with that statement – Mr Nathan was elected president in both 1999 and 2005 without contest.

He was the only candidate both times to be issued a Certificate of Eligibility by the Presidential Elections Committee.

So… hungry ghost month taking its toll and spirits are playing tricks with the minds of the common folk?

Or is this Lin Rong Xiang chap talking through his ass?