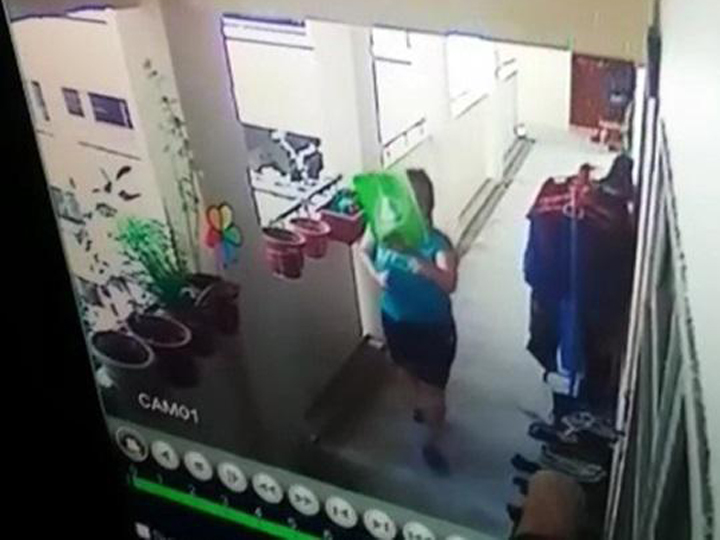 When walking past her neighbour’s house, she would use a plastic bag to cover her eyes because of the CCTV installed above the unit.

But listen to this – when she brings her dogs out for a walk, she would use her hands to cover their eyes too!

That’s a little anecdote shared by a current neighbour of the “Weird Woman of Pasir Ris”.

The Malay neighbour who installed the CCTV says she verbally abuses his parents, and would sometimes record him buying breakfast.

Apparently Weird Woman, who is believed to be in her 40s and lives with her parents and two dogs, doesn’t discriminate between races.

A Chinese neighbour, who prefers to remain unnamed, says that in the past two years his whole family has also suffered verbal abuse from the woman.

Sometimes, she would even call his wife a “dirty woman” and follow behind using her handphone camera to record her as she’s walking to shops in the vicinity.

Another thing Weird Woman’s say she likes to do  – put her bicycle on her neighbours’ laundry hung along the corridor!

Sometimes, a neighbour says, she would also put out scrap foot on the parapet outside her window.

That draws a whole swarm of pigeons, all scrambling for the food.

Neighbours say her strange ways are pretty unbearable to live with, and 3 of her next-door neighbours have already moved out.

A fourth neighbour is said to be considering making a run as well!