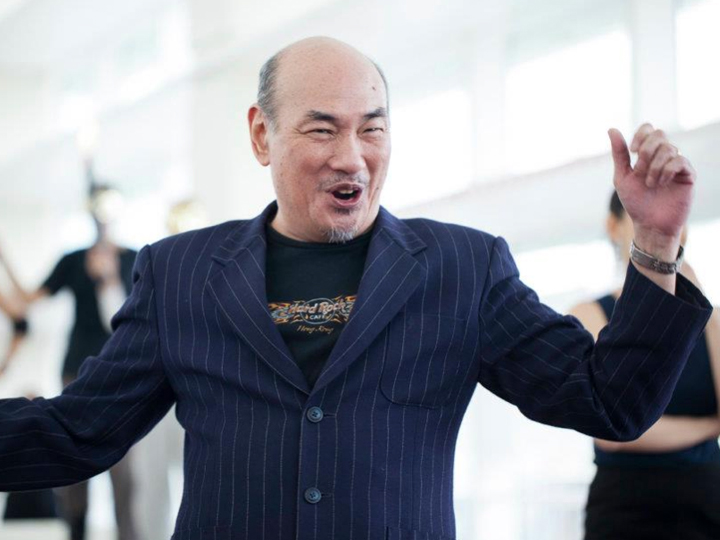 One of the old guard of Singapore theatre, Lim Kay Siu, has lashed out the Singapore government, and Prime Minister Lee Hsien Loong.

He urged PM Lee to resign.

“Let us not forget the term FIXING! LHL used it openly at the 2011 elections, and found, to his surprise(!!), that it made him utterly unpopular. Can the inheritor of a bogus democracy, that is actually a dynasty, even get close to understanding, let alone rectifying this travesty, and move forward with the full trust of the people he supposedly promised to serve?! I think not. For the sake of the whole nation, he should step down.”

He said that PM Lee was another link in a chain of ruthless power-hoarding initiated by Lee Kuan Yew.

“The ruthlessness has been institutionalized for his “benefit”! For the sake of power. Not for the people he is meant to serve. Does he have even a shred of conscience? Is daddy already back from the dead?! To crush, to fill with fear. To subjugate. With a new marketing propagandist style that fools absolutely no one. Now is the time to step up, and he does not appear have it within him. PROVE THIS WRONG AND START CARING FOR YOUR PEOPLE! Daddy ruthlessly reduced us to digits, and you are a different man!! Not even a glimpse of this so far!”

In a final potshot, Lim whacked other government ministers, saying they have lost touch with the ground, and contribute to growing income inequality in Singapore.

“The rest are just cronies’ kids and very rich and clueless spoilt brats. Given scholarships, parachuted into power. Rubbish. Out of touch, utterly uncaring spoilt rubbish. Their unjust privilege disqualifies them from even having a notion of the necessary humanity that needs to be forged. And all this so-called wealth being spread with more and more inequality!” 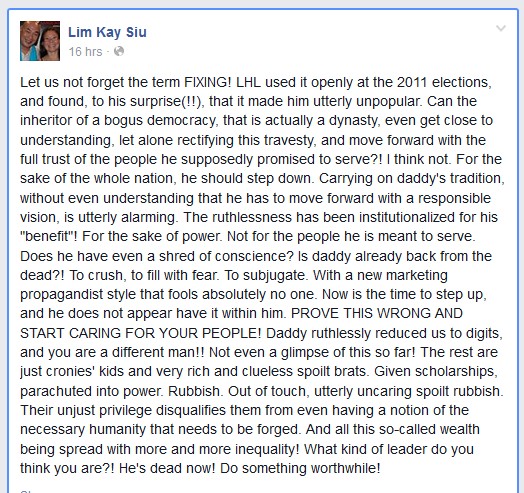 It is unclear what prompted Lim’s latest outburst.

But given his anger at the current Singapore government and Lee Kuan Yew,  it was probably a “rubbing-salt-into-the-wound” moment for Lim to find out that his elder brother, Lim Kay Tong, would play Lee Kuan Yew in the SG50 movie, 1965. 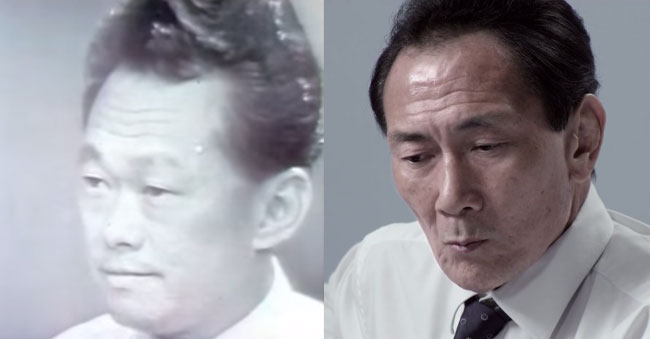