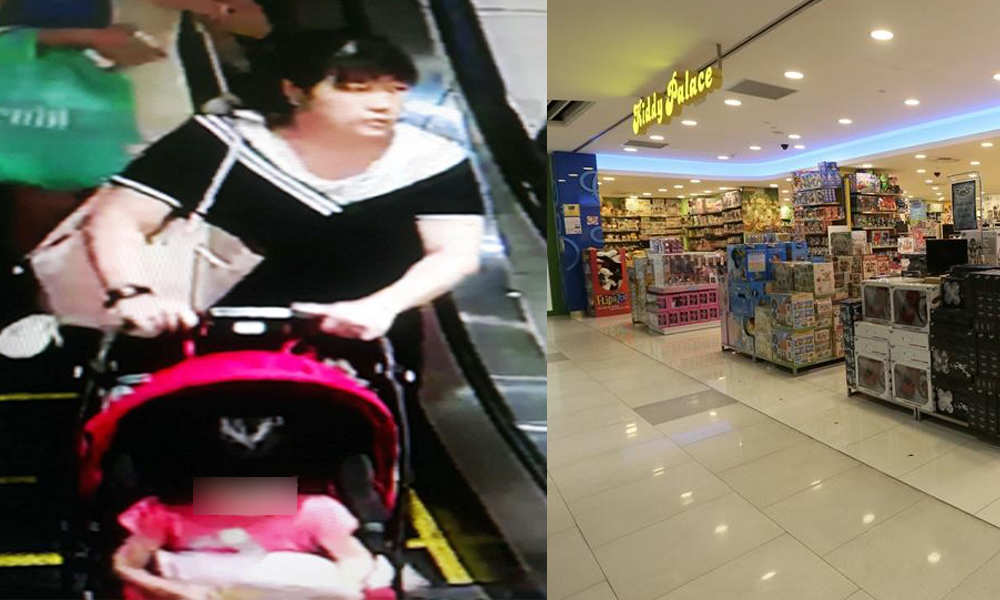 This mommy was caught on camera using her toddler daughter as a distraction and her pram as a vehicle for theft.

The thieving mom entered a children’s clothes and accessories store, “Kiddy Palace” in Compass One on Sunday (29 Apr) and lifted 3 items from the store without paying for them.

“A woman in her 30s pushed a pram into the store. She looked like a normal shopper. She took a skirt from a rack near to the entrance, and let her daughter try it on. The girl looks about 2 years old. Awhile later, they left the store.

But the store assistant later realised that some items on the store racks were missing.

She checked the CCTV footage and discovered that the thieving mom had put the skirt, a pair of shoes and another piece of clothing in the pram then walked out of the store without paying for the items.

The store assistant has reported the matter to the police.

Police are looking for the thieving mom.

If you have any information on a woman who looks like the one in the picture above, call the police information hotline at 1800-255-0000.