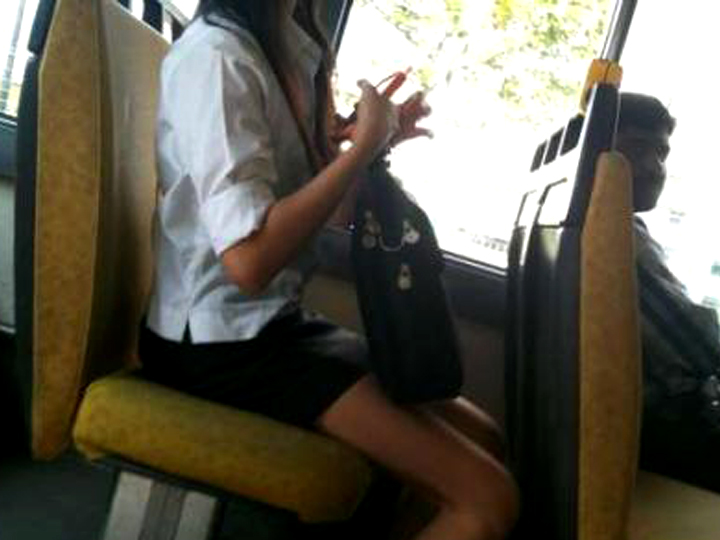 The 50-year-old targeted young women and had a penchant for rubbing their thighs with his hand.

Initially he kept brushing his arm and shoulder against her.

Then, he hid his hand under the bag which was placed on his lap, and touched the woman’s thigh below her shorts.

The woman thought it was his bag that was touching her.

She only discovered Fuad’s wayward hand when she was alighting from the bus.

She confronted him, but he denied any wrongdoing and claimed he was sleeping.

The woman took a picture of Fuad and made a police report.

That incident happened at about 4.15pm.

The next day at 7.20am, Fuad resumed his molesting ways.

Using a similar trick, he slid his hand under his bag, and touched the woman’s thigh over her knee-length dress.

The woman also had a bag on her lap and didn’t notice this.

She only discovered Fuad’s hand when she was adjusting her sitting position.

That’s slapped his hand and screamed at him to get off the bus.

Fuad was arrested on 30 Sept.

He admitted to molesting another 20-year-old woman at about 10pm on July 12, on board SBS bus number 70.

Fuad pleaded guilty to two counts of using criminal force to outrage modesty, while the July molest incident was taken into consideration during sentencing.

Earlier this year, he had already served 2 weeks in jail for molesting another woman on a public bus.