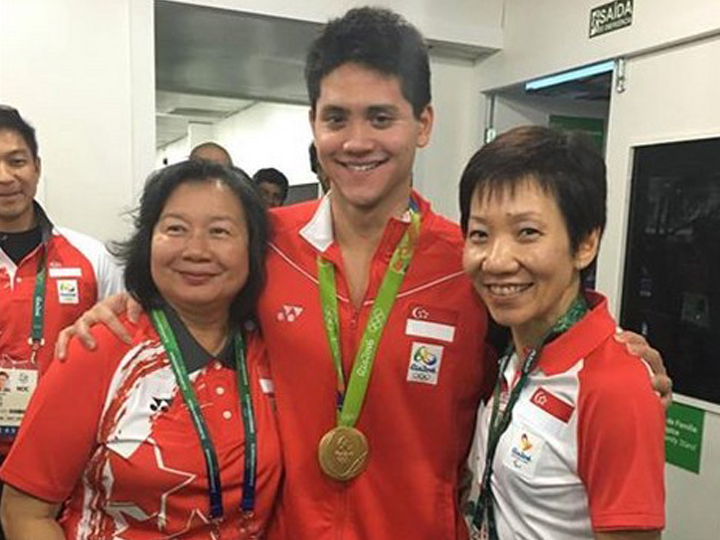 Grace Fu has come under attack!

A huge barrage of criticism was levelled at the Minister for Community, Culture and Youth, after she posted this photo on Facebook taken with local lad and Olympic gold medal winner Joseph Schooling and his mom. 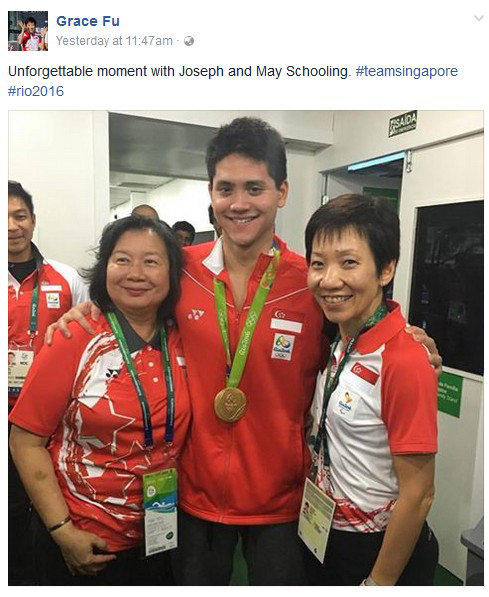 Many netizens stormed Fu’s Facebook page, chastising her and the government for washing its hands off the live broadcast tussle between Mediacorp and rights holder Dentsu.

When talks broke down because Mediacorp refused to pay US$6 mil for the live broadcast rights, Singaporeans were looking for the government to step in.

This especially since the amount demanded was much lower than what neighbouring countries were paying.

However, commenting on why Singaporeans will only get to watch delayed telecasts of the games, Ms Fu said:

“That’s something for the rights owner as well as the broadcasters to decide – it’s a commercial decision.”

Mediacorp subsequently made a successful last-ditch attempt to secure the live broadcast rights for half the initial price demanded.

However, it appears the public hasn’t been able to forgive Ms Fu and her ministry for washing their hands off the whole issue. 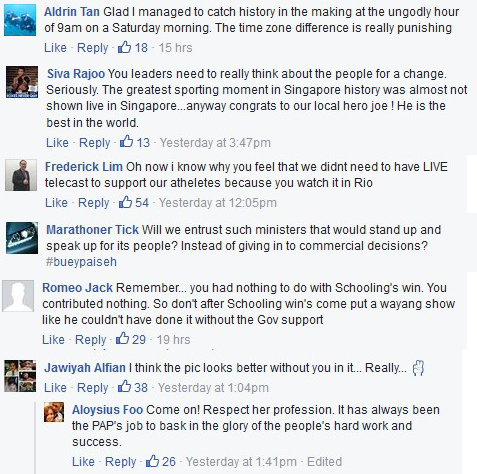 Perhaps the public’s biggest gripe is – while Ms Fu got to bask in the Olympic atmosephere in Rio de Janeiro, Singaporeans could possibly have missed out on the live telecast of one of the most monumental events in our history!