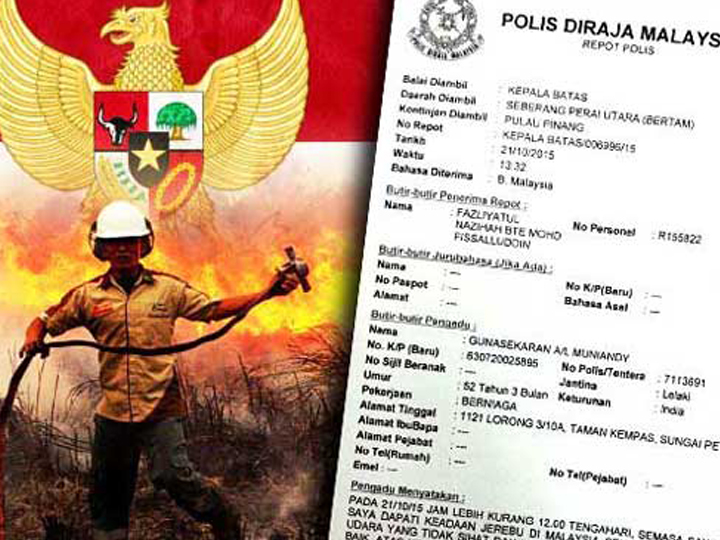 ELSON: Singaporeans are complaining and so are businesses here, except for maybe ST Engineering and other firms which produce and sell haze masks.

The government, including the likes of Home Affairs Minister K Shanmugam and before that, Vivi Balakrishnan (who made a very big hue and cry over the issue and got told off by Indonesia for being a child).

So why not do what Singaporean leaders do best when they come under fire – sue?

A 52-year-old Malaysian businessman uncle has already done it.

“I wish to take action in the international courts and also claim USD100 million from the Indonesian government,” he told Malaysian media.

Businessman uncle isn’t happy because the haze has affected his lifestyle and his family’s health, so he wants moolah for the mess Indonesian businesses big and small have created.

How about Temasek to do likewise?

The worst haze in 1997 cost Singapore S$300 million, while a milder event in 2013 led to about S$50 million of losses to retailers, hotels, tourism and the economy overall, reports Bloomberg.

Imagine those poor China tourists who come here and can’t get a selfie of themselves at Gardens by the Bay, and how much they’ll cow beh about it to their countrymen and tell them not to come to our shores for mega bucks shopping.

And of course, the 2 million-odd poor Singaporeans who commute by public transport every day, having to suffer the short walk to the train station and office in this haze-filled air.

So, is it time for Singapore’s biggest firm to take the Great Cow Beh Forward and sue Indonesia too?

Rather than send planes, maybe it’s time to send a lawyer’s letter.

It’ll work better than pulling NTUC pulling some toilet paper off the shelves, I hope.