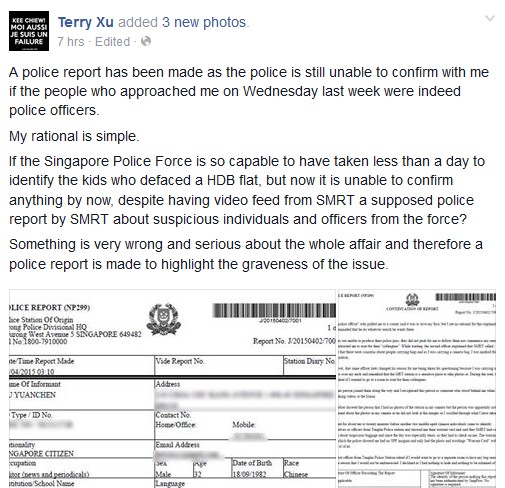 The Online Citizen editor Terry Xu has lodged a police report regarding police impersonation, after he was pushed around by people claiming to be policemen while reporting on the late Lee Kuan Yew’s funeral procession.

Xu said that two middle-aged Chinese men had approached him at City Hall MRT Station and pulled him to a corner.

The men said they were from the police and asked him to follow them.

Xu refused because they didn’t provide display proper passes identifying themselves as policemen.

One of the officers then reportedly told Xu to wait with them, as SMRT had called police about “suspicious people carrying bags” and he was carrying a bag.

Xu said that two police officers from Tanglin Police Division subsequently showed up checked his belongings, and copied down his particulars.

He said he was then allowed to leave.

Xu said he made the police report because there has been no reply from the police despite him writing in to them. 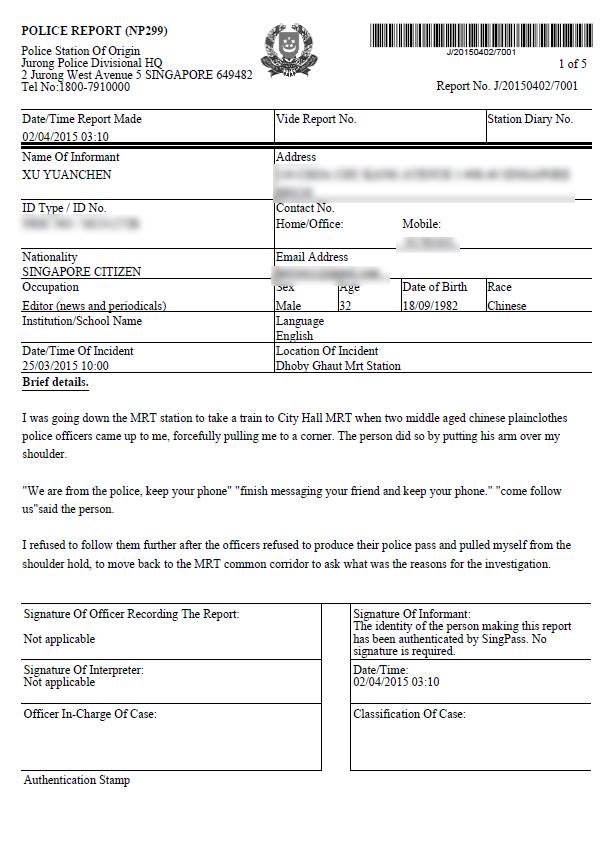 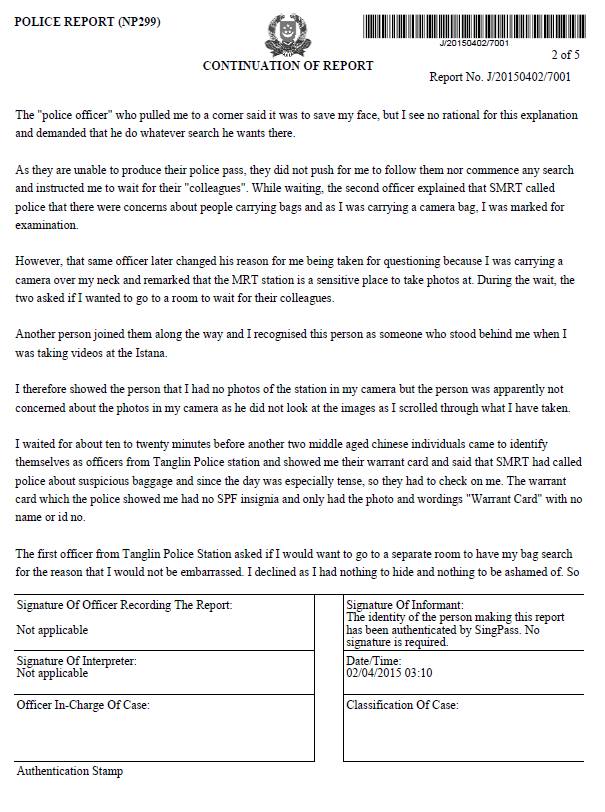 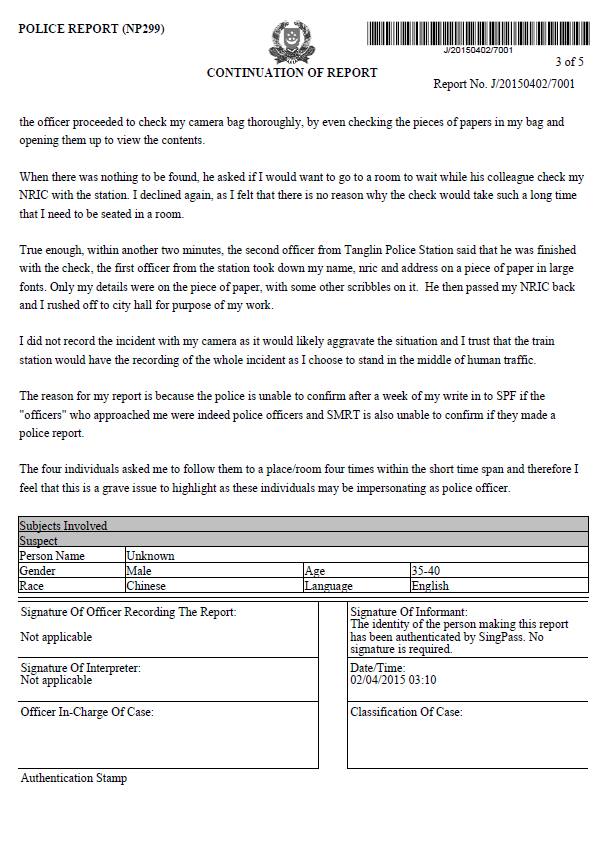