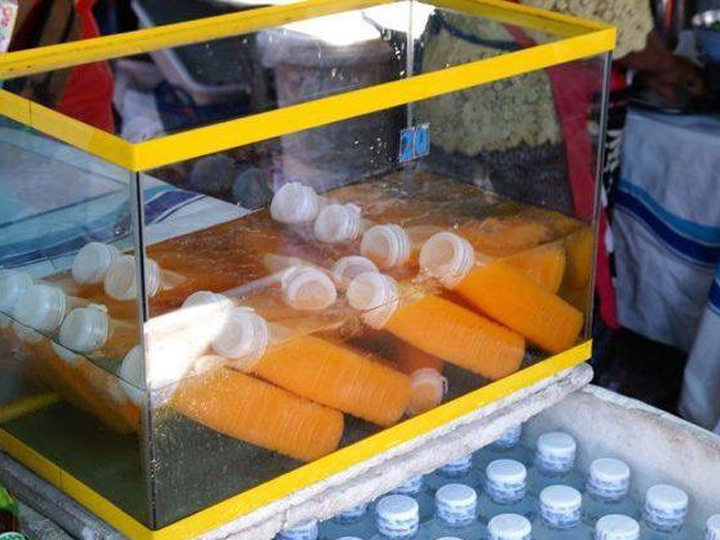 You’re on holiday in Thailand and it’s a blistering hot day and you want a cool drink – so why not get a bottle of fresh orange juice from the roadside stall?

Because that bottle might simply contain 100 percent food additives and zero orange juice!

A Vietnamese couple and their two assistants-in-crime have been arrested for making these fake “fresh orange juice” and the worrying part is there could be more of people out there selling the juice. 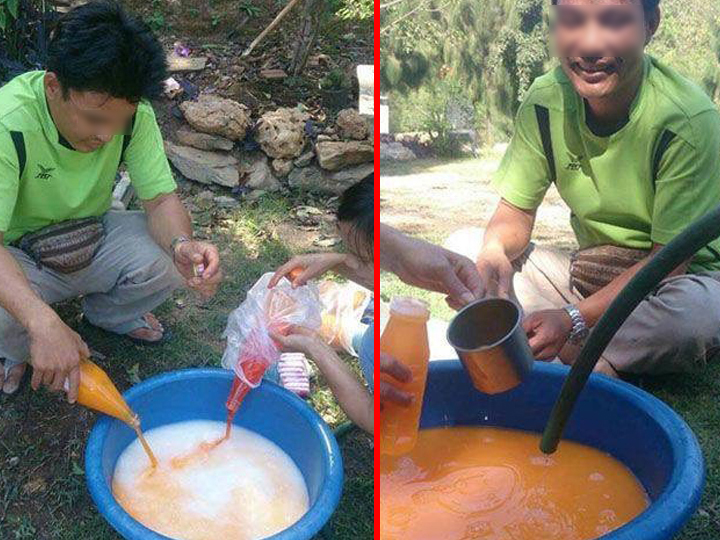 The crooks said they learnt to make the fake juice from a restaurant in Ayutthaya, Thailand.

They mixed tap water, food colouring and the artificial food sweetener, saccharine, which is 300 times sweeter than sugar.

Damn it, the damn potion if consumed in excess could very well lead to you contracting diabetes! 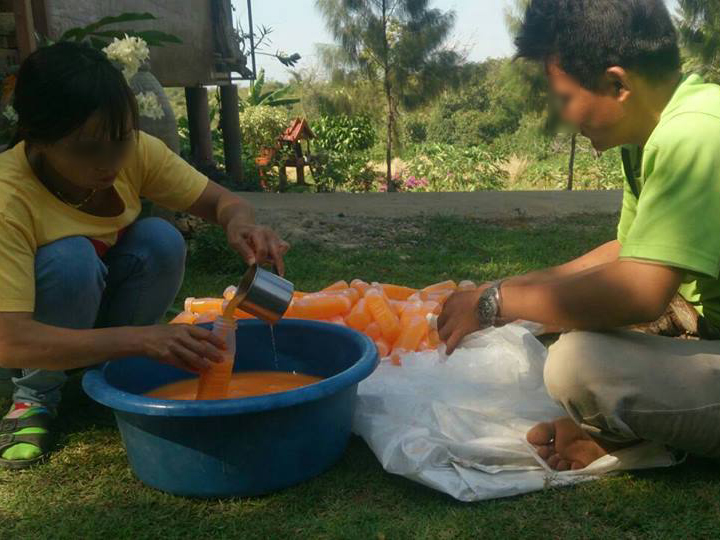 The crooks were spotted preparing the mixture in their garden, with a large plastic bowl meant for chores such as dishwashing.

The orange juice looks similar to those sold by mobile food vendors in the streets of Bangkok and other Thai regions. 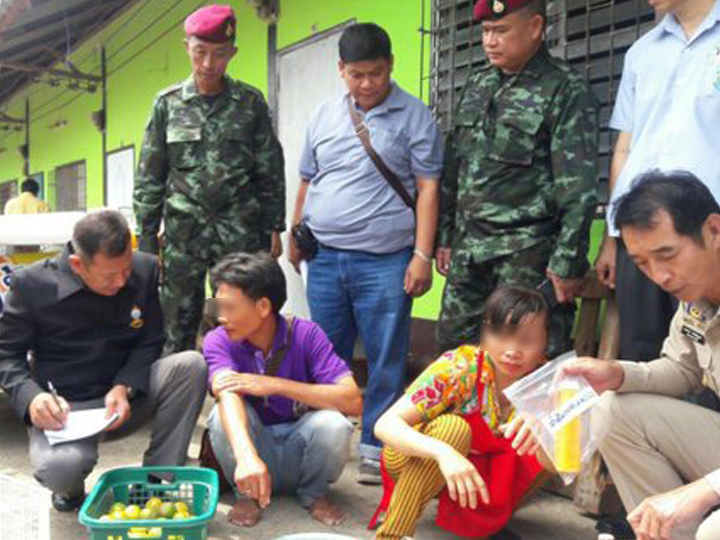 Police have charged the couple with the unlicensed sale of food in a sealed container.

They are also facing charges of staying in Thailand illegally.