Rachel is a bright, pretty 17-year-old who wants to study medicine. she has lots of friends and when they can slip or charm their way past the watchful bouncers of London’s bars, they like to drink cocktails and enjoy being nearly grown up. She gets on with her parents and younger brother, walks her dog every night and her teachers praise her.

Once a week, usually Sunday night, she performs solo sex acts on camera for a man she has never met called David. After talking to her online for about three months, David persuaded Rachel to start what she calls ‘the sex stuff’. He now has enough ‘sex stuff’ of Rachel on tape that she feels she can neither break contact with him nor stop doing what he asks of her.

Ahmed, 15, likes nothing better ‘when he is bored’ than setting up fake social media profiles and aggressively trolling, in other words verbally abusing, minor celebrities and footballers via the internet.

Annabelle has set up an online dating profile casting herself as a 21-year-old model. Now, several men in their 30s and 40s are pursuing ‘hook-ups’ with her; modern shorthand for casual sex. She is yet to go through with one of these, the main problem being that she is actually a 16-year-old studying for her GCSEs. Meanwhile, Grant, 14, is being bullied so badly online that he is beginning to take more seriously the ‘hundreds’ of suggestions he gets a day to kill himself. He hasn’t, despite all this, ever considered coming offline — even for a day.

These were just a few of the shocking experiences of the teenagers I encountered while researching and writing my new book, Generation Z. As a former teacher, I wanted to get to grips with what life is like for a 21st-century teenager in the UK, so I spent two years talking to hundred of teens from every possible background, ethnicity, class and culture, from all over the country, about a huge number of issues.

It is perhaps difficult for adults to understand what the internet means to today’s teenagers and, therefore, they find it hard to comprehend how any of the examples listed above are really happening.

For most of us, the internet is a convenient form of communication, a mode of entertainment, which generally makes our lives easier. For teenagers, it is a window into the world, an identity, a friend, a parent, a guide, a bounty of information, an endless supply of entertainment, a friendship maker or breaker, a source of heartache and a million other things. It is something they obey and seriously believe they cannot live without.

This is the first generation that grew up from birth under the internet’s watchful eye. It informs and shapes their identity and is the most influential aspect of modern teenage life. Certainly, teenagers are more introspective than ever. Being plugged in online 24/7 means that they don’t even have to leave their bedrooms to communicate, socialise or meet new people.

Friendships and relationships are no longer forged in playgrounds or each other’s houses but on social media; on Facebook pages and other sites where being ‘liked’ in the virtual world counts for more than someone saying ‘I like you’ in person.

Bullying is no longer a shove in a corridor or a freezing out of a friendship group but expressed in multiple texts or online messages where the victim might have no clue of the sender’s identity.

Teenage girls and boys no longer seek sex education from textbooks with anatomical diagrams, giggling friends or flustered parents; they can get it from films with titles like Teen Ass 2, which they can access on the smartphones that they carry with them at all times. 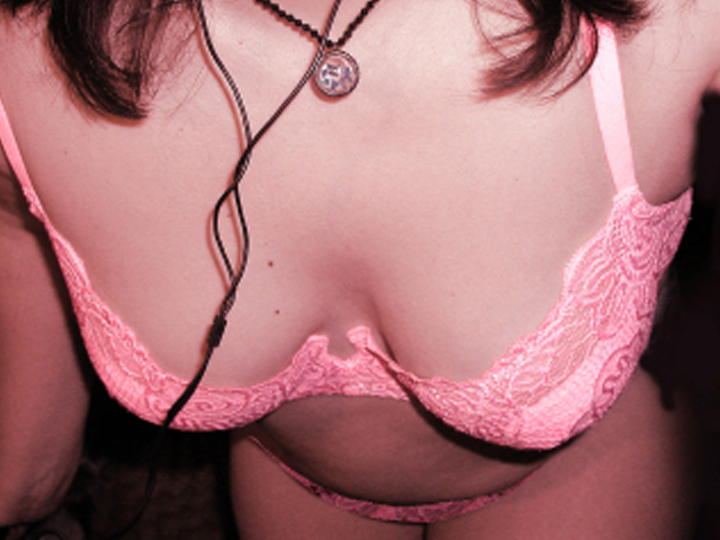 This week new figures revealed that sexualised images of women on social media have led to an increase in emotional problems among young girls. Researchers from University College London believe the rise in girls aged between 11 and 13 suffering from emotional problems such as anxiety may be linked to stress brought on by seeing images of women portrayed as sex objects on Facebook, Twitter and other websites.

Teenagers rarely measure self-esteem or self-worth against personal and scholastic achievements, however brilliant they are, but increasingly by how many people tell them they are ‘hot’ on the photo-sharing website Instagram or other forms of social media.

As Camilla, 14, told me: ‘Everyone wants to be an Instagram queen and adults don’t get it. You can be “Instagram famous” without being famous at all in the real world.

‘To get Instagram famous, you have to be amazing-looking and have the clothes and the body, and do amazing things.’ Sure enough, there is a site called the ‘Rich Kids of Instagram’, featuring spoilt youngsters who spend their time posting pictures of themselves surrounded by piles of cash, or lounging on yachts and private jets. ‘I get so depressed about my life when I see how perfect other people’s lives are on Instagram,’ said Camilla.

Forums that are so obsessed with material wealth, looks and glamour, like Instagram, encourage in teenagers a similar ferocious materialism and consumerist drive. Many teenagers I spoke to put owning the latest phone as a priority well above getting the political party they support (if they do support one) in power, helping the hungry or seeking world peace.

Camilla’s observations are telling on a number of levels. They reflect just how distinct from mainstream adult society teenagers are in deciding who the new trendsetters and power brokers are. People seeking fame and fortune eschew the traditional routes of column inches, chart success and TV programmes and aim to become ‘YouTube famous’ instead.

If I was to mention such YouTube stars as ‘Charlieissocoollike’ (24-year-old Charlie McDonnell, who chats and sings in his video blogs, and was the first UK ‘YouTuber’ to hit one million subscribers), or Sprinkleofglitter (Louise Watson, who gives girl-orientated advice on beauty, life and style) to most adults, I would be met with a blank look. Many teenagers, however, consider them virtually close friends, and take everything they say as gospel.

Camilla’s (and most other teenagers’) obsession with the lives of people online means they are all striving to emulate the glamorous, zany and, let’s face it, entirely airbrushed existence of these modern role models. Not having an online profile if you are a teenager makes you pretty much nonexistent. However, social media enables teenagers to create a kind of much more satisfying cyber alter-ego. Even if they do stick to something that resembles the truth online (unlike Annabelle), they can all be more beautiful, sexier, richer and seem more fun.

As Ricky, 16, sagely points out: ‘Girls are way worse but of course you put your best pictures up, in your designer threads in some sick [good] looking place or on holiday. My mate took a selfie on a bed and Photoshopped in piles of money! It was so obvious and we mocked him so badly.’

Digitally adding piles of cash to a picture might sound bizarre to most adults, but when many celebrities employ people to take thousands of seemingly unstaged, selfie-style pictures of them a day, in the most exotic locations, surrounded by the most expensive brands, and then have them professionally altered to make them look even more flawless, it is not surprising that the average teenager begins to feel inadequate. 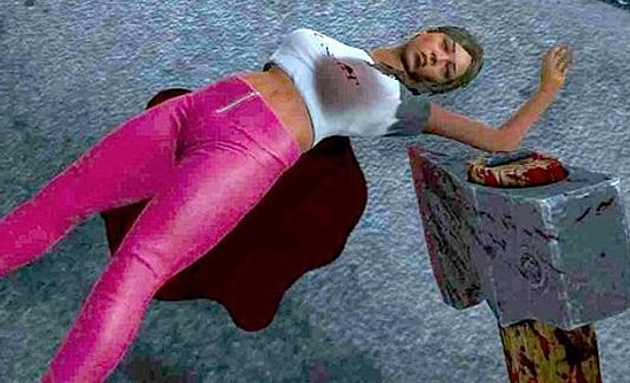 The internet is a lawless, unregulated place, where people say and do things they would not consider doing in the ‘real’ world.

While most teenagers probably do not share Ahmed’s passion for ‘trolling’ famous people, most parents would be fairly shocked about what their kids do online. Whether it is telling a famous person they love them, telling someone they have never met they are ugly, or posting pictures of themselves in fewer clothes than is wise, most of the teenagers I spoke to admitted doing something online they were less than proud of.

Being behind a screen provides people, particularly teenagers who have a tendency not to think about consequences until after the event, with a psychological disconnection, where the polite and civil conventions of real life do not apply.

In researching my book, I was shown the Facebook profiles of ten anonymous ‘average’ teenagers by a police officer who specialises in internet crime. What they casually post would make most parents want to set the family computer on fire and join an Amish community.

Grant’s experience of online bullying is awful but not uncommon. In the popular internet forum, Ask.fm, teenagers seeking affirmation and flattery are constantly told by others they are ‘fat’, ‘ugly’, ‘worthless’ and to ‘go and kill yourself’.

Chloe says nothing revealed just how numb today’s teenagers are to violence, as their reactions to scenes from Silence of the Lambs. ‘They seemed entirely bored and indifferent to it,’ she says

They all crave praise in a world where self-esteem is constantly under attack. As friends Mary and Reshma, 16, told me: ‘It’s all about hotness. You want total strangers telling you that you are buff, that they want to have sex with you. It feels good and makes you feel better about yourself.’

These teenagers are well used to giving and taking abuse and are also increasingly numb to being shocked by the sex and violence they see online and in films.

Nothing revealed just how inured they have become as much as the day I showed a large, mixed group the film The Silence Of The Lambs. I remember finding it genuinely disturbing when I was a teenager but they seemed entirely bored and indifferent to it, describing Hannibal Lecter variously as ‘too gay to be a serial killer’, and, ‘a pussy who listens to classical music and chats boring s***’. Horrific serial killer Buffalo Bill sent them into paroxysms of mirth and they all agreed they were glad that the horror films they watch now are ‘good’.

In their world, ‘good’ is extreme violence as entertainment; ‘good’ is depicting torture, sadism, suffering, and human depravity. ‘Good’ is blurring the line between entertainment and reality, where they can watch someone have their head sawn off on YouTube, and then flip on to a video of pop star Rihanna writhing in a sequinned bikini.

I joined a group of boys watching one of these brutal videos, originally posted by fanatics carrying out executions in the Middle East, which are wildly popular on the internet. Teens search for these videos mostly on YouTube, a site they spend a mindboggling amount of time on (one told me he was looking at it on his phone during his grandmother’s funeral).

Of the hundreds of thousands of similar ones, the clip I watched had 800,000 views and counting. It was an odd experience, punctuated by cheers and groans of revulsion from the boys with me.

Clearly they were not differentiating much between the real suffering in these clips and the brutally realistic and stylised depictions of violence they see in modern video games and films. As Tom, 15, pointed out: ‘You do forget that that is a guy who might have, like, kids or parents, or something. I guess people try not to think about that aspect.’

In a way, the most worrying fact in all this is that neither the internet nor social media is going away. As the 21st century develops, all of us, but particularly the young, are going to become more entrenched in our carefully constructed online worlds and identities.

It is increasingly important that parents and guardians insist on their teenagers living, communicating, forming opinions and experiencing things in the real world. It is crucial for all young people to know that nearly everything online is constructed or fake.

This story was written by Chloe Combi, author of Generation Z: Their Voices and first published on The Daily Mail.
Names have been changed to protect the children’s anonymity.