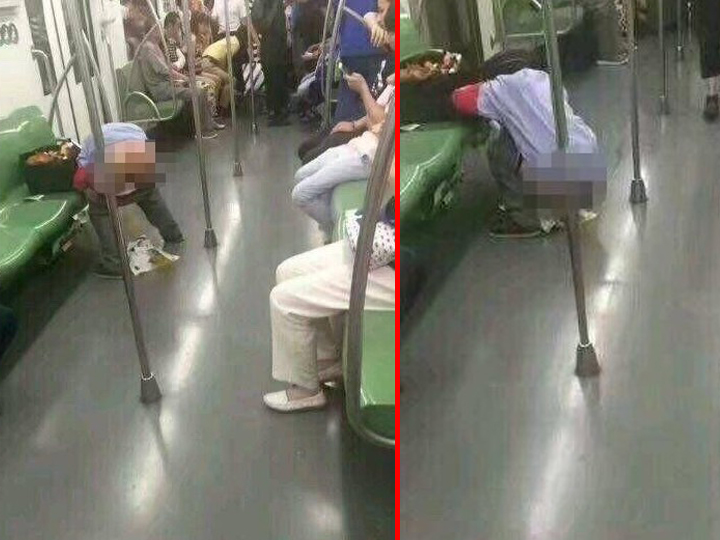 Seeing a man sh*t openly in a train carriage would usually make you go “Oh crap”, but these commuters on a Shanghai Metro train don’t seem to mind at all.

The man apparently couldn’t hold it in and decided that he’d put some newspaper on the floor and just do the dirty deed there and then.

More surprisingly, commuters don’t even look shocked at his actions.

Some even snapped pictures like this one to mark the momentous occasion.

Well, at least this chap had the decency to lay papers on the floor lah.

Maybe Singaporeans shouldn’t be so disturbed when crapping incidents arise at our local MRT stations then (aiyoh, don’t be so sensitive lah).

While those train commuters don’t seem perturbed by the incident, the man has received much flak online for his doo-dooing on the train.

“If it’s diarrhea, then poop in your pants, it’s more dignified, more hidden. Once the carriage doors open, you can rush away and no one will be the wiser.”