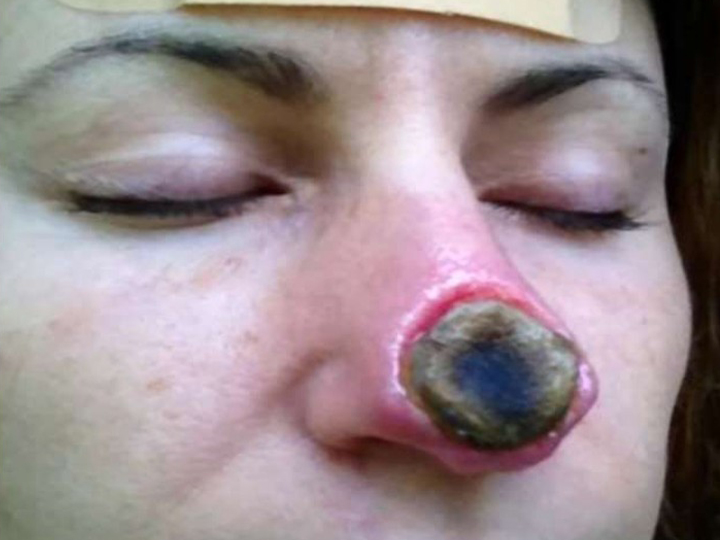 If you’re the kind of person who believes in the miraculous wonders of alternative medicine, you’d do well to make sure what you’re consuming won’t leave you in worse shape.

This woman was left with a hole in the nose after a herbal treatment which she believed would help her cure skin cancer.

She rubbed black salve ointment known on her face and forehead, but the treatment backfired disastrously.

The black salve ointment, which burns skin tissue, ate away at her skin to the point where a gaping hole was left in the centre of her nose.

It got so bad she could even breathe air in through the hole. 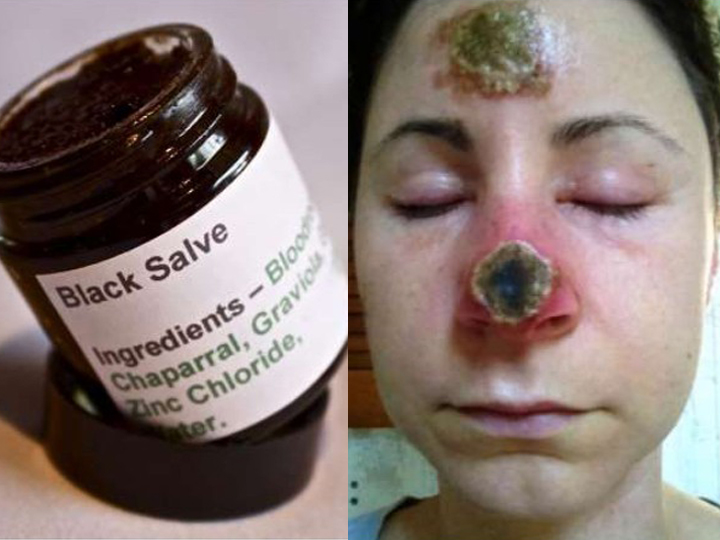 Black salve was commonly used in the early 1900s on moles and scars.

The US Food and Drug Administration has listed it as a ‘fake cancer treatment’ and is currently trying to ban it.

However, some doctors believe it is used even more widely than expected.