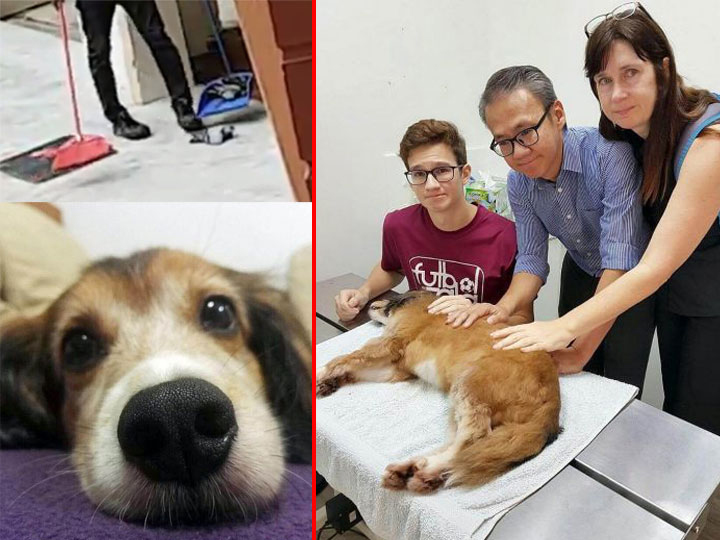 8-year-old Sheltie-Cavalier, “Ludo”, is suspected to have been killed after eating spiked bread that was intended to poison pigeons.

MPTC says it is investigating the incident – which could be the second of its kind after a dog in in the West Coast area was killed in 2013 in a similar manner.

Ludo’s owner, Ms Natasha Wilkins, said that she was walking her dog along Lorong Lew Lian at about 6.30am on the day of the incident when Ludo stopped to eat a piece of bread before she could stop it from doing so.

About 15 minutes later, Ludo began foaming at the mouth, shaking and retching.

Wilkins brought Ludo to a vet, who claimed that Ludo’s mouth was filled with a white, viscous liquid, and that Ludo could have swallowed some sort of toxin.

Wilkins then contacted MPTC and discovered that spiked bread for the purpose of poisoning pigeons had been left in the area where she walked Ludo.

Commenting on the incident, a MPTC spokesman said: “We have since reached out to her and clarified that there may be other factors that could have led to the unfortunate incident. We are investigating this matter with her, together with our pest control operator.”

In the MPTC pigeon-culling exercise, bread spiked with an anaesthetic compound called alpha-chloralose was given to pigeons, which were tranquilised before being taken away.

This is in line with Agri-Food and Veterinary Authority of Singapore (AVA) guidelines.

However, leftover bread is supposed to be taken away as well.

Wilkins, a British National, said she had not been aware of the culling exercise, and did not see the notice put up by the town council on the notice board at Block 8, along Lorong Lew Lian.