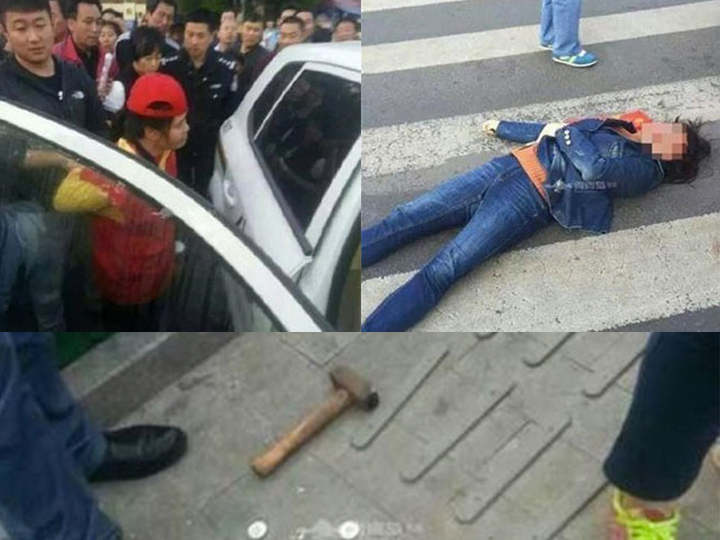 This volunteer traffic assistant (in red & yellow) attacked a woman with a hammer, because she was jaywalking during rush hour!

The victim was caught jaywalking at around 6pm during a busy intersection, and she argued with the traffic assistant.

That’s when the traffic assistant whipped out a hammer and gave a hard knock on the head.

She continued to hit the woman, even after she collapsed!

Then, while bystanders watched in shock and horror, she shouted, “I will not let you run a red lights”.

The traffic assistant has been arrested, while the victim has received treatement in hospital for injuries that aren’t life-threatening.