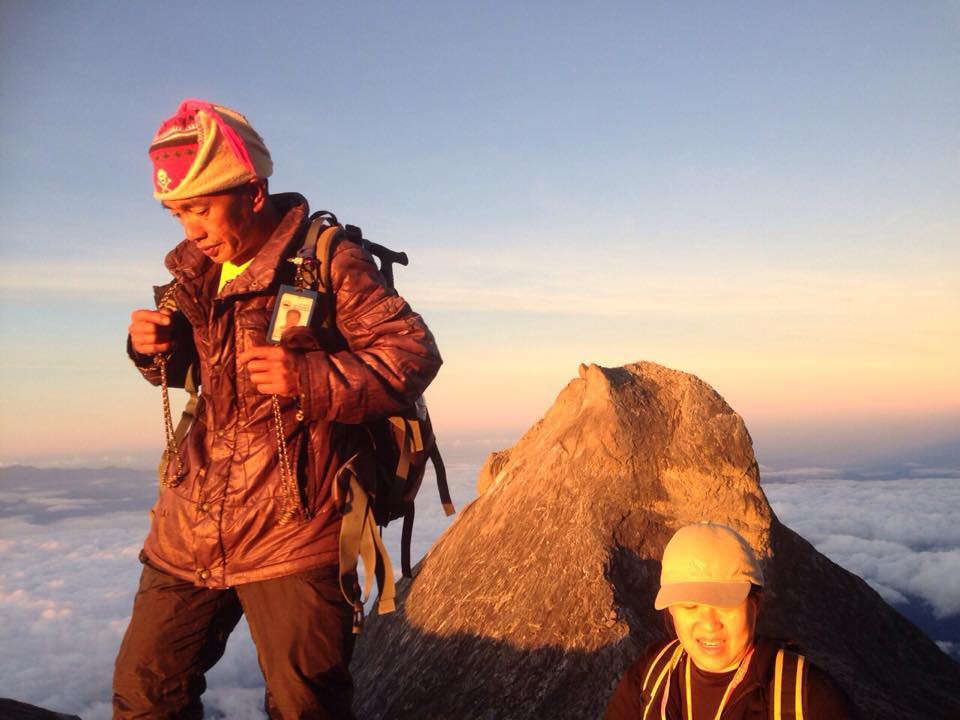 VEE JIN DUMLAO: This is Jomius our mountain guide who saw us safely down Mt Kinabalu.  We are so grateful to him. Don’t believe what you see in the media regarding Emergency services rescue effort. Fog was quoted as the reason for not rescuing the climbers. That was certainly true earlier in day.

But the sky cleared beautifully and the air was still by 4pm but they were determined to leave us up there overnight in cold hunger and potential flash-flooding if it rained. Helicopters came to drop off two boxes of supplies but they dropped off over the cliffs onto inaccessible land slide rubble when there was a huge expanse they could have aimed for.

The whole government emergency response was a farce. Rescue officers were seen only at the tail end of the descent at the safe base of the mountain. They congregated in groups sharing smokes and food that were meant for survivors. Their token gestures of help by shining a torch for us or offering us bottles of water were redundant and irrelevant.

Those who made it to the bottom did not need the help. Help at the critical areas didn’t arrive till 9 hours later. A convenient helipad remain unused when they could have transported rescuers to the foot of the peaks. Casualties and the injured remained unchecked on The slopes. 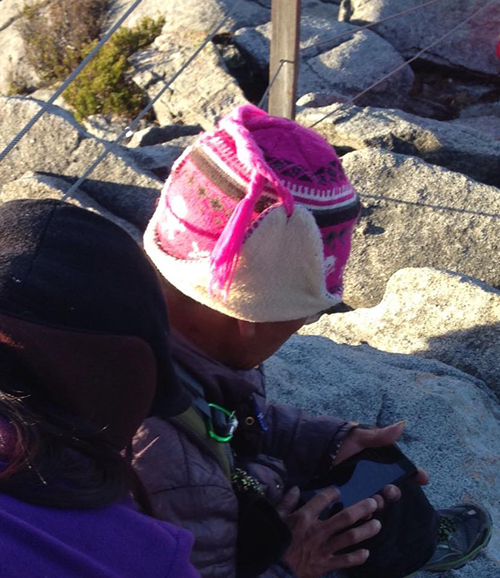 The mountain guides were the heroes. They risked life and limb and made some difficult decisions that ultimately saved our lives. Many had homes affected in the quake. They lost friends and family yesterday. Yet they remained with us guiding us to safety till the very end.

They could have made it down the mountain quickly on their own with their agility. Yet they stayed and did what they could to meet our needs. They risked continuing tremors and rockfalls to refill our bottles with water from the nearest hut. They formed abseiling lines with ropes and used their own bodies as safety barriers when they had to find alternative paths because the original route were decimated by rock fall. I witnessed guides not emergency workers securing the injured onto stretchers which they would carry down the mountain.

I have great regard for the people around Mt K but little respect for the government who is ultimately responsible for the management of emergency services.

I am writing this so that we will give respect where it is due and reproach those who fail to fulfil their responsibility eventhough it is the latter who gets airtime.

This story was written by Vee Jin Dumlao.
Send us your stories at mail@redwiretimes.com
Find us on Facebook! https://www.facebook.com/redwire.singapore