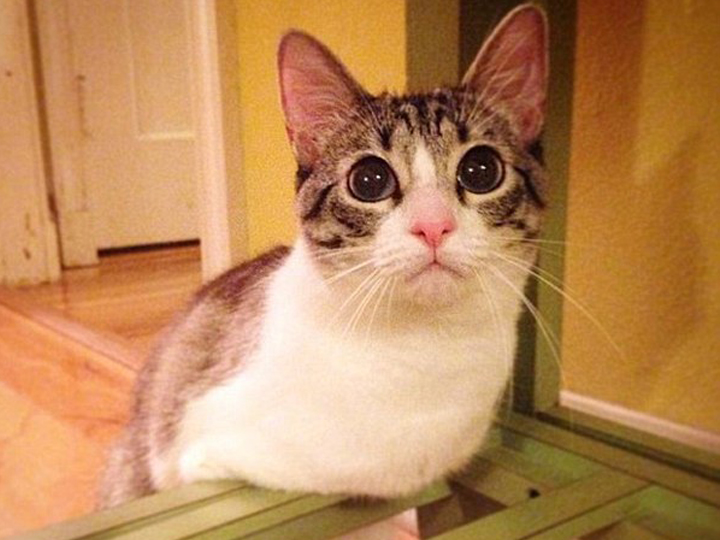 This two-legged kitty has become an online celebrity, just a month after her Instagram account was created. 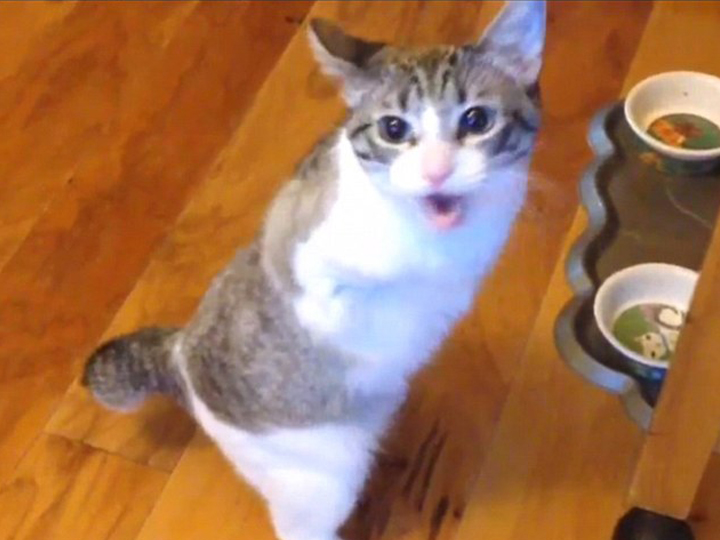 She was surrendered to an animal shelter, after she was born without her two front legs due to a birth defect.

But that hasn’t stopped the adorable kitten from leading a happy life.

Since she can’t walk, Roux hops about like a bunny, which explains the “Bunny Cat” moniker.

To do her special walk, she keeps lowest portion of her hind legs flat for more balance, then springs forward using her back paws. 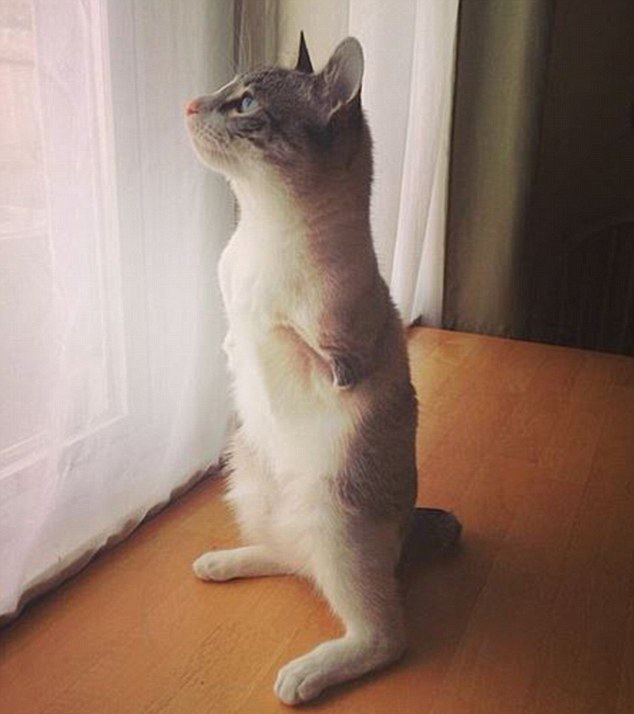 But when she gets older and less mobile, she might be fitted with prosthetic legs. 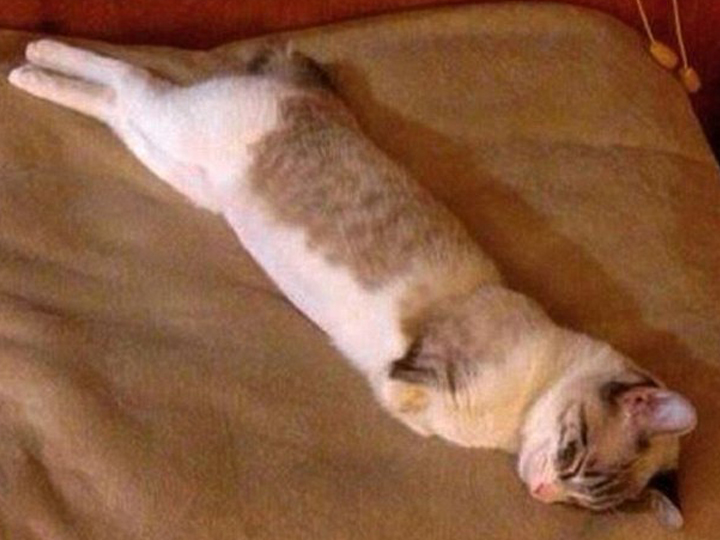