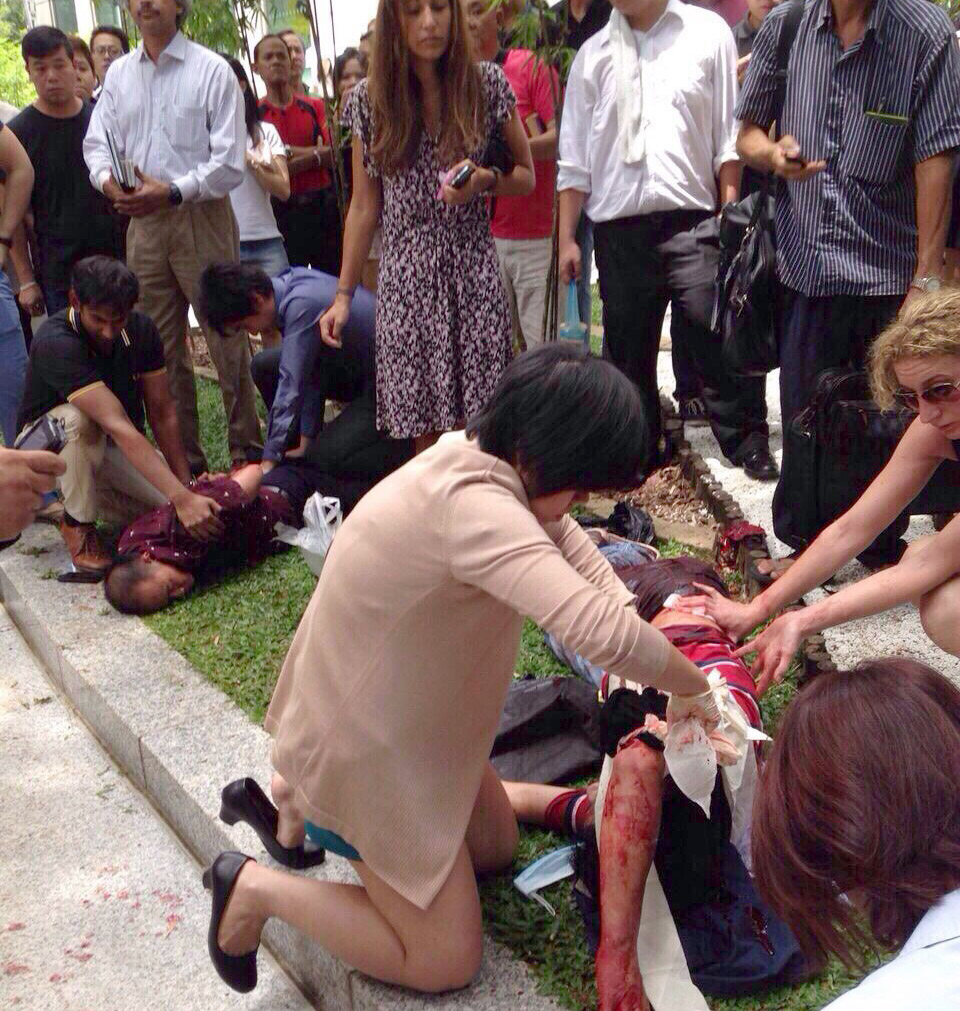 Blood was spotted at Raffles Green in the CBD, which has been cordoned off by police. Witnesses say a man was stabbed by an attacker who grabbed a bag from him, but the assailant was detained by bystanders.

Part of Raffles Green in the Central Business District was cordoned off with crime scene tape today, (14 Nov). Police were at the scene, and a trail of blood as well as a knife were seen within the police cordon.

A lighter, handphone and crumpled red shirt were also lying near the trail of blood. About five police vehicles were at the scene. SCDF received a call at 1.07pm and despatched two ambulances to the scene. Two people – one of whom appeared in photos to have been held detained by members of the public – were later conveyed to the Singapore General Hospital, SCDF said. 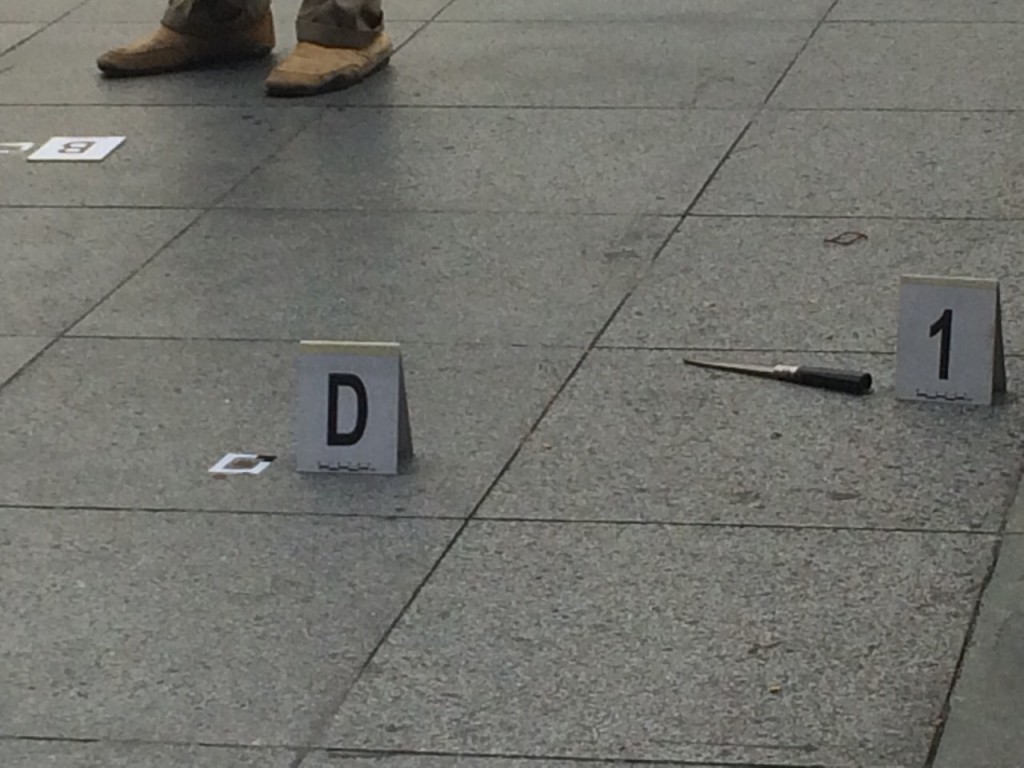 A witness said the skirmish happened at 1.03pm near the Raffles Place MRT station exit. He saw a man following another man “very closely”, before he heard a moan. It was then, that the victim realised he was stabbed, he said. The victim shouted, and the attacker grabbed a sling bag off him and ran towards UOB Plaza. The victim gave chase and they got into a scuffle, but the fight was broken up when the attacker was pinned down by two bystanders. Police arrived on scene within two minutes of the man being pinned down.

KPMG auditor Mohamed Nazir Abdul Rahiman – who helped to detain one of the men involved in the stabbing – said that the man that he detained tried to struggle, but was quite weak and was possibly injured. He also said that the victim was bleeding from his ears, his shoulder and his abdomen, and that a group of ladies nearby tried to stop his bleeding. 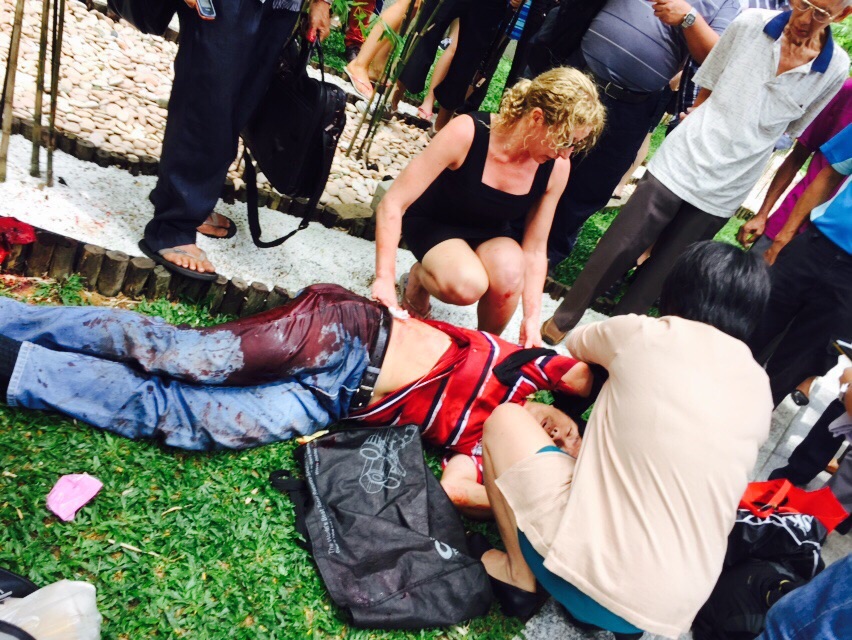 Another eyewitness said: “I saw two men running, one giving chase to another, before getting into a tussle near the traffic light. A short scuffle ensued, before the crowd helped to break it up.

“The whole thing lasted 10 minutes. One man was pinned down, the other man bleeding quite badly. Both seemed injured.” 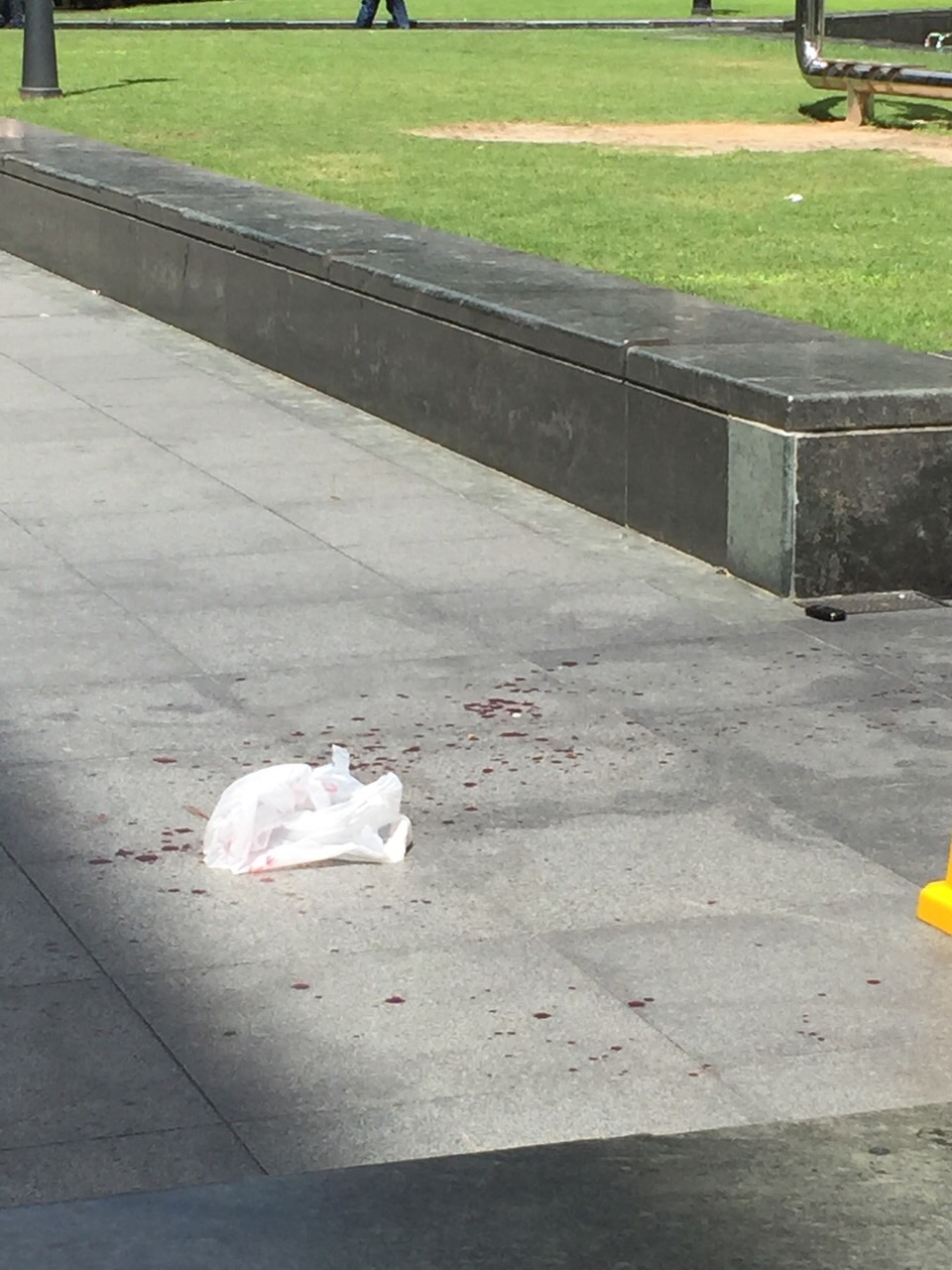