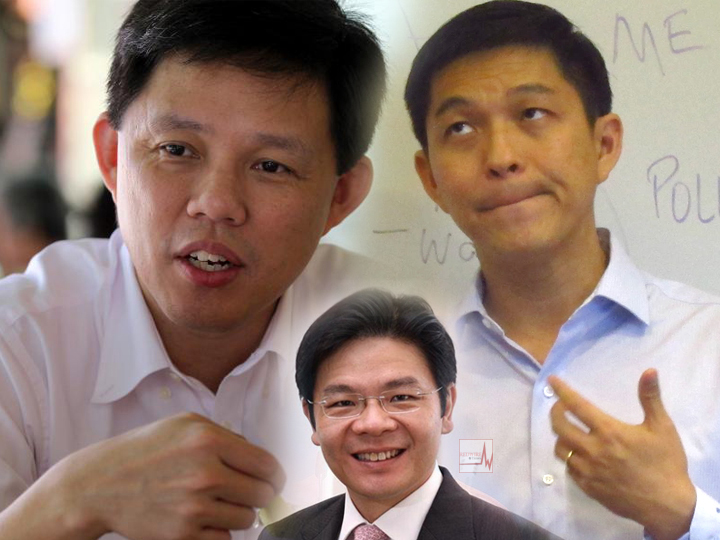 A blogger writing under the name of United Opposition Front posted an article in the TRE with the title ‘Forming the new govt’. In his first sentence he wrote this, ‘Do we have in our opposition a viable alternative to become a credible government once PAP is defeated?’ The author’s thinking is that even if the PAP is defeated, which means the opposition parties have the number to form the next govt, there is still doubt about their ability to form a credible govt, and the problem is the quality of the new elected representatives.

Take a deep breath and ask yourself why was this author asking this question. The answer is simple. After so many years being fed by the same idea, the same message that only super talents, ie those with a string of As and masters or doctorates, are able to form a credible govt, one cannot think of anything else. This kind of condition is very dangerous. Ask yourself again, is this true? Let me make it clearer. Only super talents that are making millions in the professions are able to form a credible govt to run this country. Is this so? If you don’t get the idea, let me repeat, is this so?

If this is so, then the opposition parties must go out and recruit the straight As, the scholars, the doctors, the lawyers, and must be making millions or else not good enough. Is that so? If so, then the new govt must also prepare the same expensive budget to pay them in the millions or else they would not want to join them.

Why are people voting for them in Aljunied, especially during the by elections when the bright and brilliant and exceptionally clever types were defeated by the ordinary Singaporean type? The only thing that the people saw in Png Eng Huat and Lee Li Lian and the Aljunied team is not academic brilliance and ability to make more money, but the heart. They saw a heart in the right place in every one of them. And they voted for a good heart, to serve the people.

Anyone with reasonable intelligence and a good heart should be good enough to form the next govt. All they need is to think of the good of the people and country, and the super talented civil servants would be there to provide the expertise and the solutions. We need good men and women with good hearts, in the right place, with good intentions, to form the next govt. And I believe there will be no shortage of such people. Too clever people would have too many clever ideas, and if their hearts are in the wrong place, can create big and clever problems.