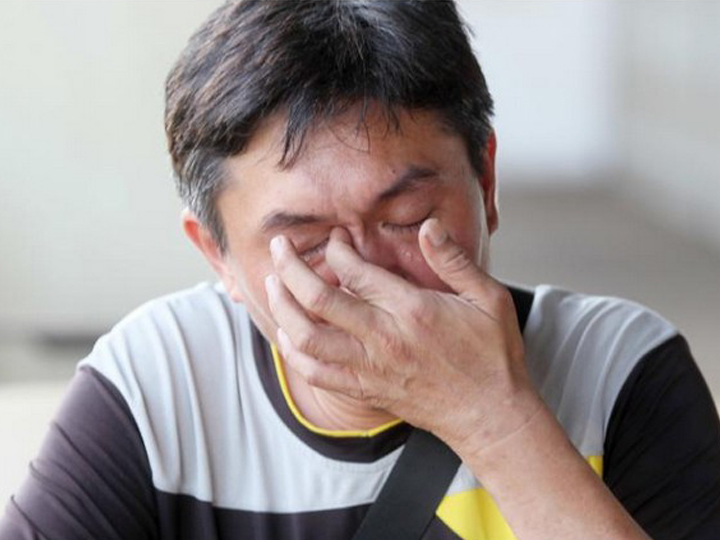 The driver who killed a 68-year-old ah ma in a traffic accident says he has nightmares every night and wishes that he was the one who had died in the accident instead.

The accident took place on Sunday (7 May) at around 6pm.

While driving along the road in front of Tiong Bahru Plaza, 42-year-old Uber driver Lee Wen Hui crashed his car into 68-year-old ah ma Mdm Lee while she was crossing the road.

It was his 2nd day on the job as an Uber driver.

“At the time I was going to pick up a customer. There was a bus in front of my car so I cut into the right lane to overtake. Then I saw the elderly lady and but it was too late to avoid hitting her.”

Mdm Lee flung onto the windscreen of Lee’s car before slumping to the ground.

She was bleeding from the nose and the back of the head.

“I immediately called the police and the ambulance. I went to down to her side and kept asking how she was and telling her to stay awake.”

Mdm Lee was killed in the accident despite being rushed to hospital.

The impact of the crash was so great it caused crushed parts of Mdm Lee’s skull, leaving a dent.

Even if doctors managed to save her life, it appeared likely that she would suffer brain damage due to the trauma.

Mdm Lee’s family has not forgiven Lee for the accident.

Her daughter says that her father still misses her dearly.

“In the morning he would make coffee and put a cup on the table for her. At night, he would prepare fruits for her. Sometimes he would say the she saw her come home.”