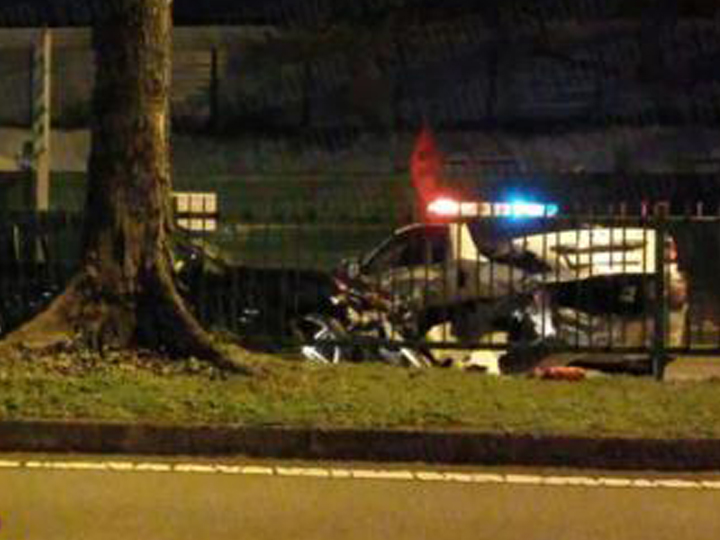 Two police officers had to be sent to Khoo Teck Phuat hospital earlier this morning after a car crashed into their patrol car.

The driver of the car, a 60-year-old, was arrested and is believed to have been driving under the influence of alcohol.

The eyewitness who took this photo, David Cai, says he saw the errant driver being led away in handcuffs by police officers.

The incident happened at 2.47am along Ang Mo Kio Avenue 5 towards Buangkok Green.

There is no fixed benchmark for how much you can drink before driving as everyone’s body reacts differently to alcohol.

But for good measures, you are considered to be driving under the influence of alcohol if you are found with:

And the penalty for drink driving:

So don’t drink and drive, and even if you do, for goodness sake don’t langga a police car!