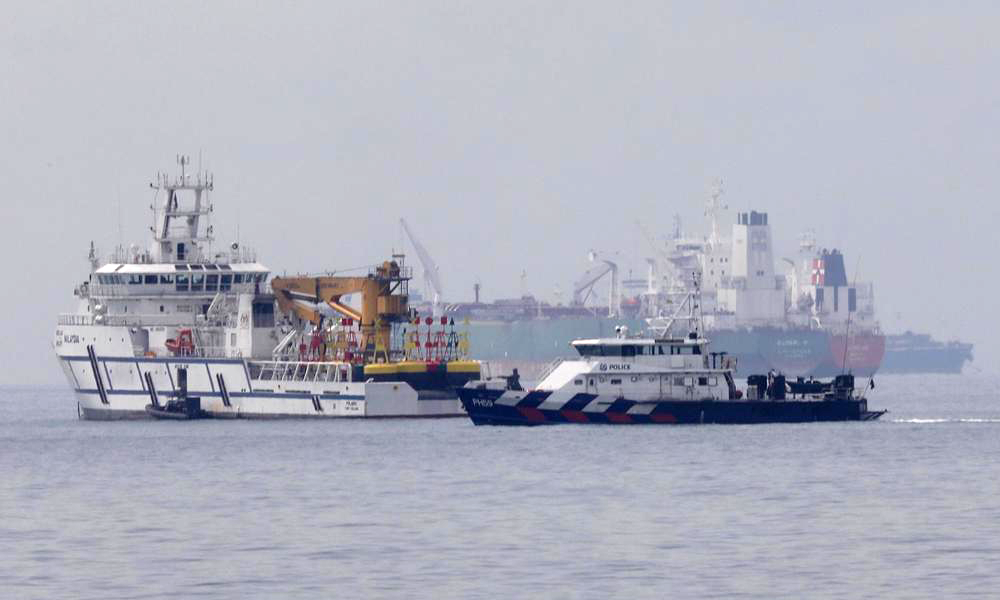 Singapore has finally issued a statement “welcoming” Malaysia’s initiative to engage in dialogue over disputed waters off Tuas.

The disputed waters have been a source of conflict between Singapore and our Northern Neighbours, after both nations unilaterally expanded their port boundaries.

Transport Minister Khaw Boon Wan said that Malaysia’s move to “de-escalate tensions” is a move in the right direction.

Strangely enough, it has been the Singapore government which has been doing the posturing over the past week threatening stern action against unarmed Malaysian ships in the disputed waters.

At least 5 Cabinet ministers and MPs went public condemning Malaysia’s actions, while the Singapore military conducted live firing exercises and mobilised its air force over the weekend – actions it deems as routine in nature.

Malaysia has so far issued public statements calling for talks with Singapore authorities.

Disputes between Singapore and Malaysia over maritime boundaries date back to the 1970s, and with the close-knitted economies and peoples of both countries, it’s difficult to fathom the threat of war.

Much less, any unilateral by Singapore to snatch Malaysian vessels docked in the disputed waters by force.

This has led to factions of the public in Singapore and Malaysia questioning whether aggressive posturing by the Singapore government was a way of stoking fear to win support ahead of the next General Election which is widely expected to be called in 2019.

Many have taken to online platforms to decry the supposed “fear tactics” of the PAP-led government, claiming that it has made a bogeyman out of Malaysia to win support ahead of the elections.

The PAP’s vice-like grip on power is now under threat, with an impending leadership transition, rising discontent over bread-and-butter issues, and a growing support for the opposition.

The government has been criticised for sowing discontent with its latest aggressive stance that has seen factions of the Singapore public clamouring for war.