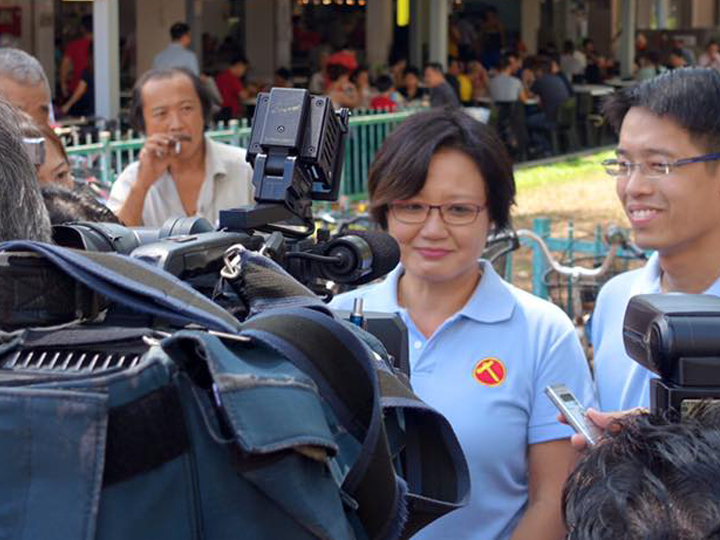 CHIN LIAN: I am worried after seeing the WP push aside the NSP in Marine Parade. We all knew that once WP declared its intentions there, nobody within the opposition could challenge it and say “no way” to them. I’m quite sure the WP will be able to win in Marine Parade against the PAP, but do the ends justify the means?

When Yee Jenn Jong found out to his great surprise that Joo Chiat was gone, he was so upset, even on Facebook he said that his lunch tasted so horrible. Isn’t it the same for the NSP now that Marine Parade and MacPherson are no longers theirs to fight? I think it might feel worse because instead of these two places being taken away by the PAP, they were taken away by their fellow opposition. When I saw all the comments by people about how the NSP is useless and should give way to the WP, I felt bad for the NSP because they are just trying to do their best and the things said made it seem like its their fault.

I think the NSP’s statement that it wanted to contest in Marine Parade and MacPherson is fair since it has been wallking the ground there, and it also contested there in 2011. They got 43 percent of the vote their, so at least they should be given a chance to improve on their performance. Even if they lose against ESM Goh and co, the party can say they gave it their best shot, and now let the next better player try while we go walk the ground somewhere else.

I want to applaud the SDP for being gracious by giving up Sembawang so the NSP has another GRC it can fight. I think that’s the gentlemanly thing to do. United we stand, divided we fall.