A group of doctors and nurses have ignited public outrage after “selfie” shots of them celebrating a successful operation were posted online.

The photographs were reportedly taken by Director of Fengcheng Hospital in Xi’an, where the operation had taken place. 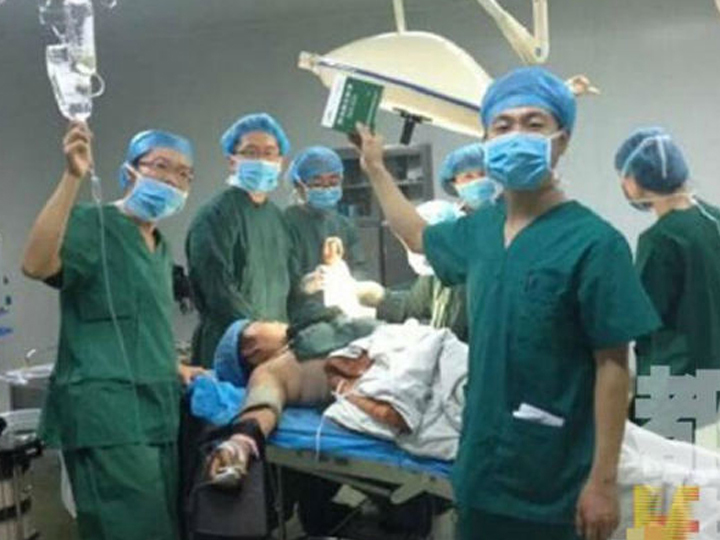 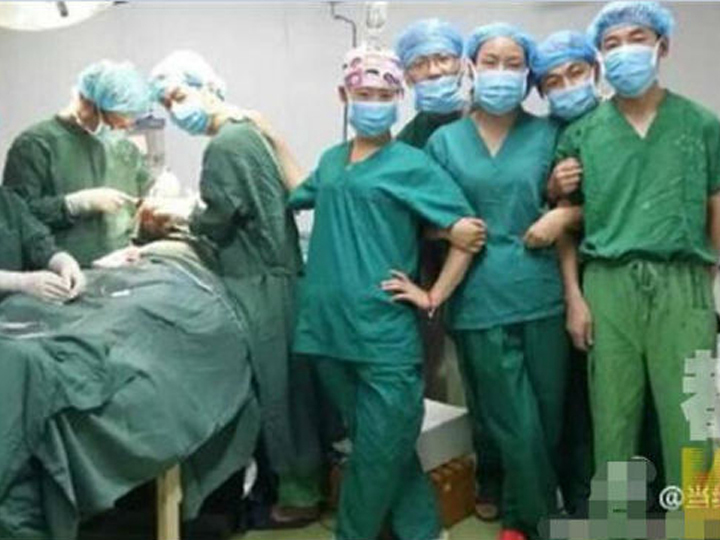 One of the staff gave his side of the story. He said that a 40-year-old worker was seriously injured on the job and in danger of losing his leg. The surgery was incredibly difficult and lasted for seven hours, during which time the staff didn’t eat or drink. In the end they were able to save the patient’s leg and took some pictures to celebrate. Some of the staff removed their safety masks because of the sweltering heat in the operating room, which was without an air conditioner. 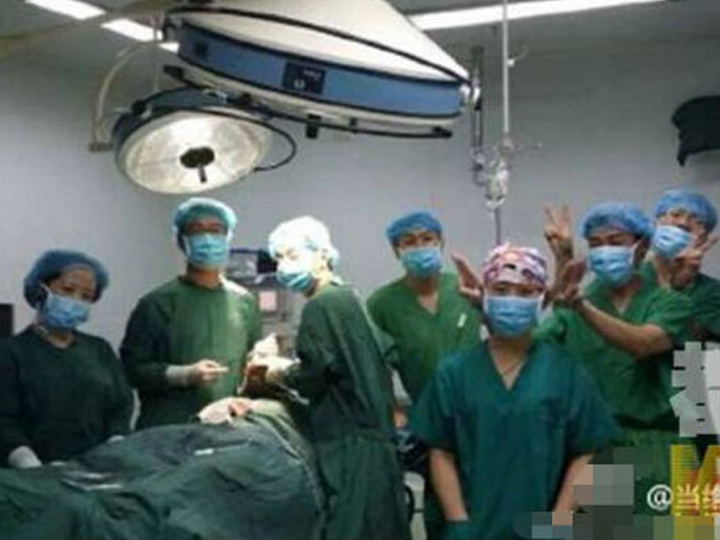 Many netizens have slammed the medical staff involved for lacking compassion and ethics, and for ignoring patient safety. Others though say the surgery looked like it was about to be complete and taking pictures to celebrate a successful operation is a good thing.

All the staff pictured in the photograph, as well as the hospital’s Director and Deputy Director have been fined.