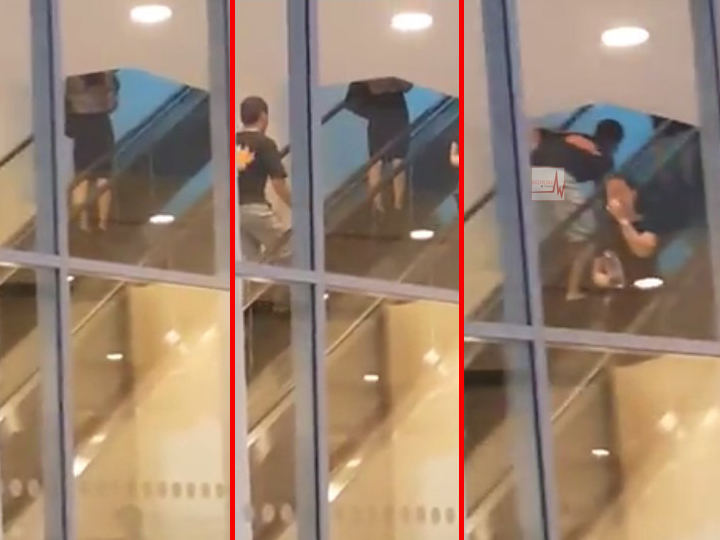 This man was so desperate for a peek at panties that he literally put his head on the escalator line for it!

On Tuesday (17 Oct) the upskirt pervert was caught loitering at The Sail @ Marina Bay at about 6pm.

He then followed a lady in a dark grey skirt up the escalator, bent his body down and tilted his head up to peek in between her legs.

At one point, he bent his body so far foward until his head touched the steps of the escalator. 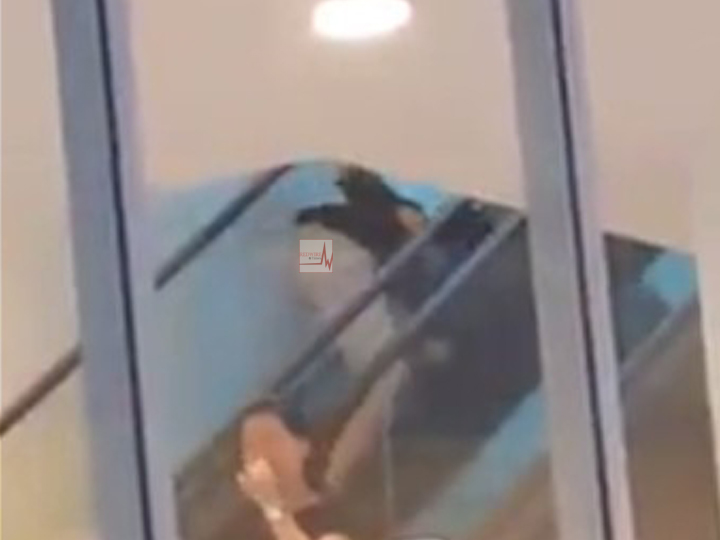 Now, it could have been a case of “maybe he dropped something” – if the man had not followed multiple women up the escalator and did the same routine over and over again.

A store assistant, Lena, filmed him in action.

“I saw him follow a girl in a dress up the escalator. He stood behind her, then bent down and looked up, as though he was peeking up her dress.”

But that wasn’t enough.

The pervert then loitered around the area, before targeting the woman in the grey skirt which you see in the video.

This time Lena managed to record him in the act.

She wants to warn women to be careful when you’re out and be aware of what’s happening around you.