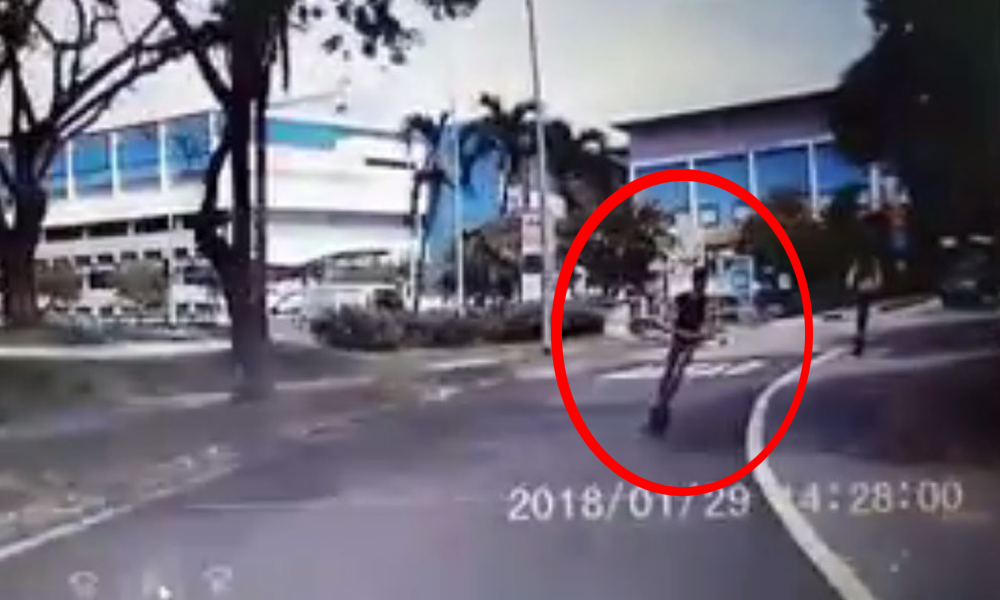 Johnsen Tay, who was driving when his dashcam caught the e-scooter rider in action, called the chap a “siao lang”.

Probably less to do with Yishun in general, but more because he was riding against the flow of traffic.

And, of course, because e-scooters aren’t allowed on the road.

The government has increased the punishment meted out to Personal Mobility Device riders who ride the roads.

From 15 Jan this year, users caught riding on roads will face fines of up to S$2,000 or a jail term of 3 months, and their PMDs will be impounded.

The present composition fine of S$100 for first-time offenders has been tripled to S$300 and S$500 for riding on local and major roads respectively.